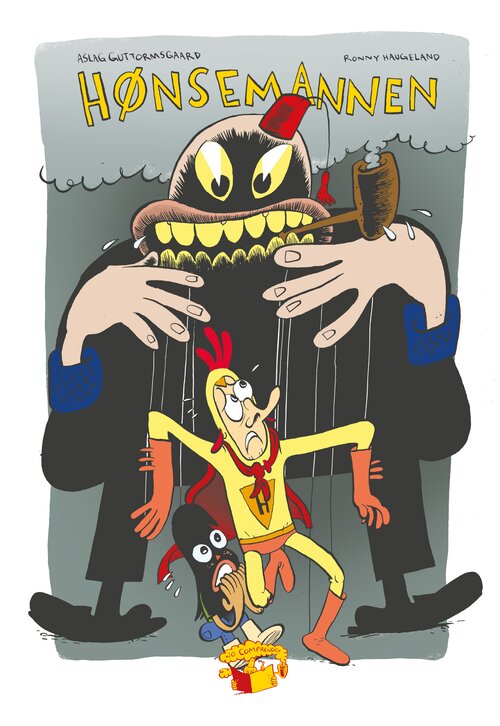 The world’s most afraid superhero is back!

Do you remember Chicken Man? The superhero who despite always peeing himself in terror, still saved the world from devious criminals and dangerous situations?

Now he is back again! And he is more afraid and cowardly than ever!

Fasten your seatbelts and get ready for a new, wild adventure! Never before has Chicken Man's superpowers been put to such a test as when he stands face to face with his worst opponent ever: Smoke Man! Fortunately, Chicken Man gets unexpected help, when an up until now unknown superhero hits the stage with amazing abilities and stands side by side with Chicken Man in the fight for justice.

Ladies and gentlemen! Girls and boys! The rider of fear rides again!

Chicken Man is back! 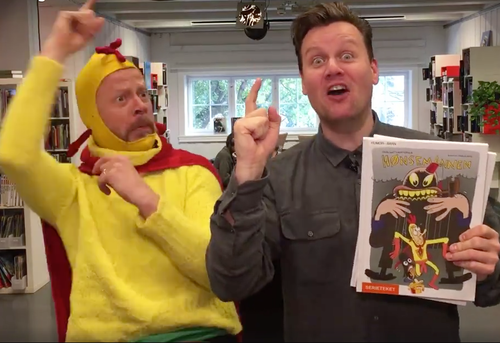 Aslag Guttormsgaard (also a musician and an actor) wrote and played the character Chicken Man in av popular show on Norwegian children's television. Now he has written a brand new script for this first of several volumes of Chicken Man comic books with drawings by cartoonist Ronny Haugeland. Haugeland har previously published a number of comic books, and participated in several anthologies.