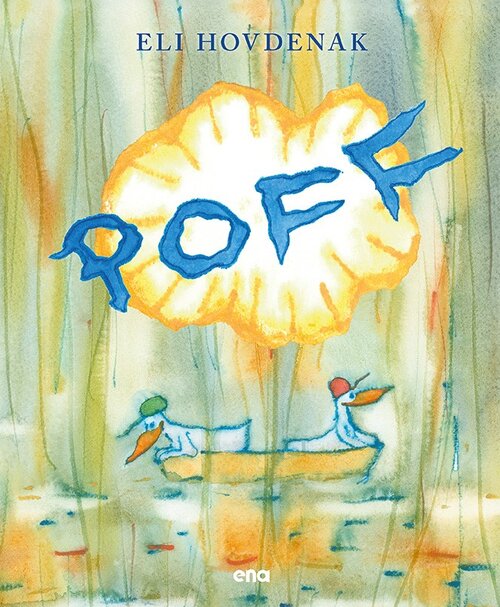 Bertil and Bettina are two curious, charmingly scatter-brained birds. One day, something round comes floating along. The round object is strange and beautiful, but what is it? A comet? A bomb? Bertil is sure certain it is very valuable, and wants to take it home. Bettina thinks it is a little bit scary, and would rather leave it.
Poff is a fabulous, funny illustrated children’s book. The round object suddenly facing the two birds makes Poff a quirky and thought-provoking book about taking responsibility for things, and for the planet. Bertil and Bettina are previously known from The Island (Øya), published in 2013. In Poff we are happily reunited with the paddling little birds, rendered in lively, humorous watercolours by Hovdenak. As she says: Someone has to write about birds in canoes. 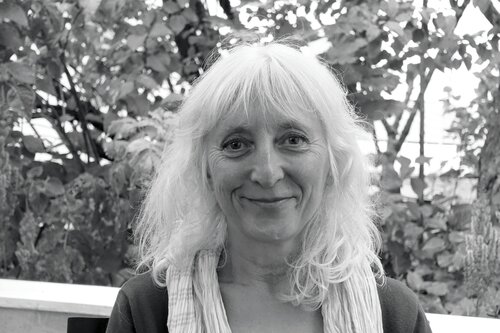 Eli Hovdenak (b. 1956) is a graduate of the National Academy of Art and the Norwegian Institute of Children’s Literature. Her stories and illustrations are characterised by surrealism and humour. She mostly works as a graphic artist, using techniques such as lithography and woodcut. Poff is her third book as both author and illustrator.