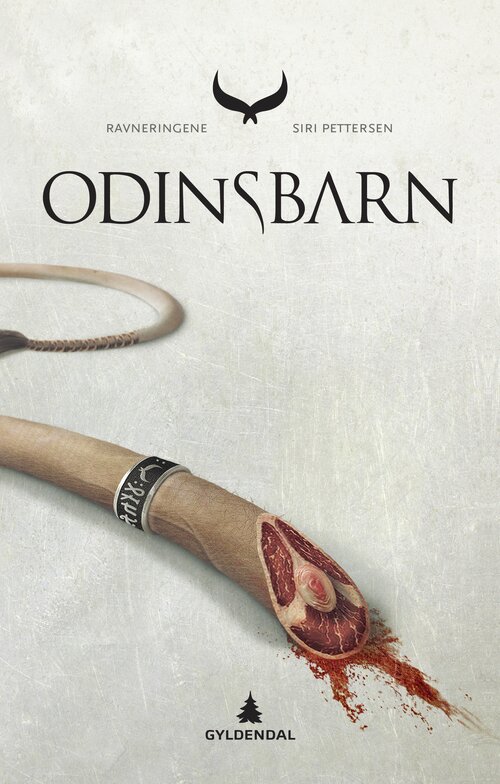 The Raven Rings Trilogy has been maturing in the head of the author for almost a decade. Dealing with matters of xenophobia, blind faith and the right or will to lead. This is epic fantasy literature with a purpose.

Hirka is fifteen winters old when she learns that she is a human, a child of Odin – a tailless creature from another world. As a carrier of the rot, she is despised and dreaded. And hunted, by someone who wants to keep her existence a secret. But there are far more dangerous things than Odin’s descendants. Rumours have it that the blind ones are back, a thousand years since they last spread terror throughout Ymslanda. Could Hirka really be the only creature to have broken through the gates?

In The Raven Rings series the classic elements of fantasy literature have been reinvented. There are no prophecies, no dragons, and no magic swords. There is magic, to be sure, but you won’t find that word in the book. The protagonist is a resourceful, female outcast, living with a savage Northerner who deals drugs. She is not “chosen”, and has no special powers. In fact, what sets her apart is the terrifying fact that she lacks the powers that everyone else has.

The series is built on Norse mythology, but is far from defined or restricted by it. The world is unique, complex and complete on its own. Later in the series, the story will involve travelling between different worlds. But that’s kind of a spoiler, so don’t tell anyone!

“An impressive fantasy universe. Above all, it’s the well-crafted prose and the absence of speculative effects which raise this work high above many others in the overpopulated fantasy genre. The book offers nerve-wracking suspense and convincing characters.”

“Siri Pettersen enters the Norwegian literary field with a fantasy novel so well-crafted and so exciting that it seems almost incomprehensible that a debut author is capable of such an achievement.”

“Debut author Siri Pettersen exhibits talent way beyond average in the fantasy genre, and has written a vivid, exciting and great story.”

“a future classic. I have rarely been as impressed as I am with her drive in the narration, her design ability and visual qualities”

“The story is good, fast and captivating, the characters complex and recognizable. Pettersen has left out the black-and-white and absolutes. The world is complex and has many shades, the characters are whole, no caricatures, and the society complex but still not difficult to comprehend.”

When Siri Pettersen made her debut and had a huge success with Odin’s Child, the first part of The Raven Rings Trilogy, it was with fantasy that wanted more than just entertain. The Raven Rings Trilogy go against conventional patterns in the genre, and while it contains the classic fantasy elements as evil and magic, it also reinvents the whole genre. With her feet firmly rooted in the Norse mythology, Siri Pettersen has created a unique and complex world. She examines phenomena like xenophobia and blind faith as she asks questions about who has the right to lead and control others. Evil is set against good. Every choice an individual makes is part of a much larger context.