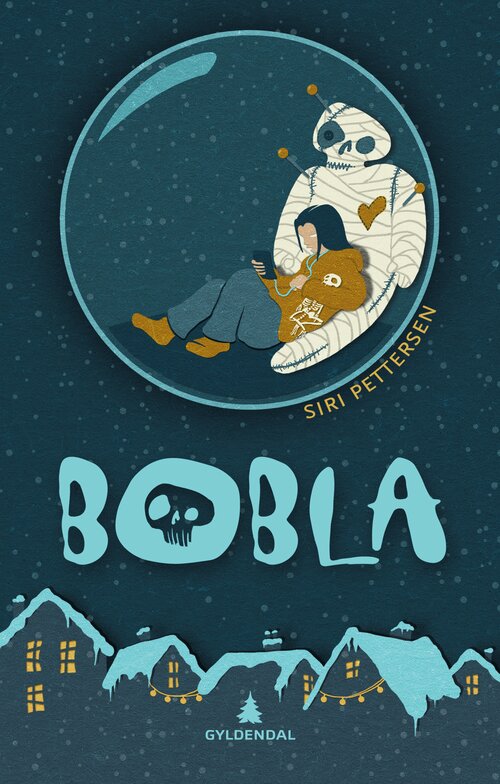 After her worst school day ever, she finds a mysterious glass globe in the cemetery, with a blanket inside. The globe grows into a big bubble, big enough for her to walk in and out of it. It contains the key to the freedom she has wished for, for so long. And it can fly! Finally she can opt out! not care about everybody else and be completely at peace. Just her, and her old rag doll. Forever …

“a must-read… Bubble has elements of magic, horror and good old-fashioned Norwegian realism. The protagonist is charmingly grumpy, and the book is filled with wise feelings and thoughts about security and belonging.”

“Bubble has many characteristic side characters and a message that is anything but subtle. And the lack of self-importance and correctness makes it feel like something very unique among the 2017 children’s books.”

“It’s hard to read this book without thinking of Astrid Lindgren and Stephen King, and that is a compliment to the author. Pettersen possesses the ability of both to combine the supernatural with the natural, thus describing the vulnerability, loneliness and hopes of a young person.”

Siri was born in under the northern lights of Norway, with a severely overactive imagination. It survived countless attacks from the outside world, rendering her an expert escapist, frolicking in a wide range of media: Design, web, comics, illustration, animation and text. She simply loves a good story.

With her debut trilogy The Raven Rings Siri Pettersen placed herself among the royalty of fantasy authors of all times. Her books are a mega success on all markets it has so far been published. Siri’s fan base is huge, and her Facebook and Instagram are loaded with fan art. With her fourth book – Bubble – Siri proves that she can also write for a younger audience. Bubble is shortlisted for the ARK's best children's book prize and the Norwegian Booksellers’ Prize.