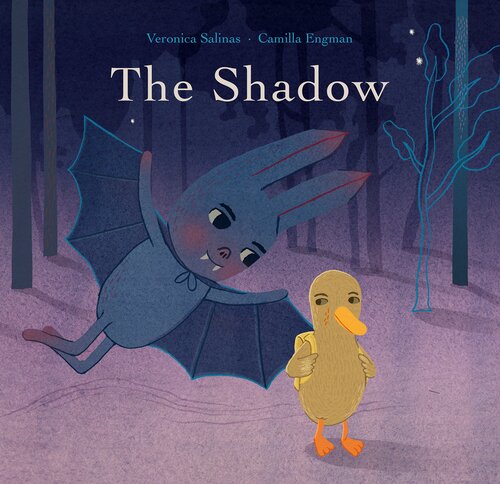 In “The Shadow” we meet the duck from “The Voyage” and “Hungry”. Now she’s in the middle of the woods, enjoying an evening swim in the lake. But suddenly it gets dark and she hears a voice whispering to her. Terrified by the stranger she can’t see, and who might want to eat her, she tries to run away. But she faints and when she wakes up in the morning, she sees that the stranger is just a lonely bat who wanted company. This is a fable with cute animals, but the story has also a more pro­found message about how we handle our own fears and how these fears influence our encounters with strangers.