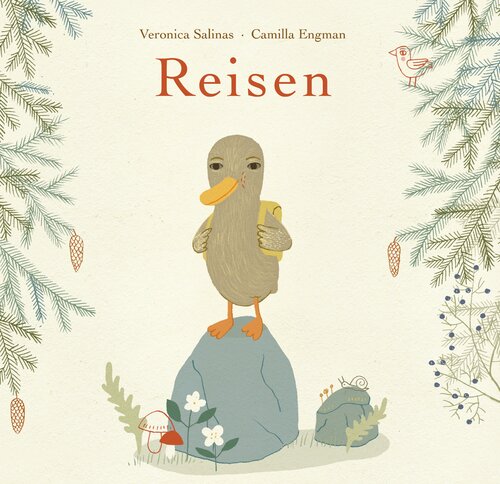 A duck is forced away from its homeland by a tempest. When she lands in a strange place, everything is foreign and no one understands her. Finally she meets a friendly duck and slowly she adapts to the new environment. But one day another tempest arrives, and her life changes again. This is a picture book with cute animals, but also a fable with a more pro­found message about finding yourself and growing as a person.

"The wit and inventiveness of the artwork make this voyage memorable."