Powerful graphic novel about losing yourself

Jenny lives with her mum and her half-brother Odd. Her best friend Ann-Sofi has started smoking and hanging out with older boys. Jenny feels most at home when she’s birdwatching in the woods. When Ann-Sofi starts to reject her, Jenny makes one foolish decision after another. Finally she ends up in a situation with an older boy that she can’t find a way out of. Who is she after that? And how can she find herself again?

Through her writing and illustrations, Trude Tjensvold has created a powerful and challenging novel about assault and setting boundaries.

Red Volvo combines a traditional book with a graphic novel. It is aimed at both confident readers and those who need a little longer to read. 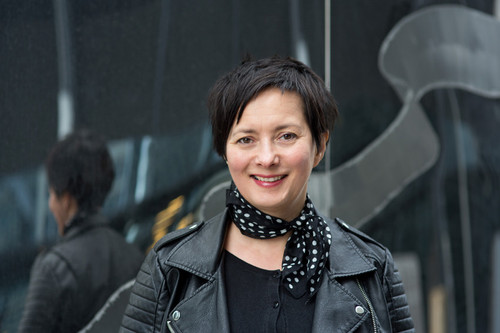 Trude Tjensvold (b. 1964) has significant experience as both an illustrator and a visual artist. In 2016, she made her debut as a writer with the picture book Bo Moves Out (Bo flyttar ut), which was nominated for the Norwegian Ministry of Culture’s first book award for children’s and young adult literature, and won gold at Visuelt, the National Norwegian Design Awards. The book was translated into Danish. In 2020, her picture book The Fire (Bålet) was published.