Bjørn Asle Nord
Five Feet Under: A Father, a Daughter, and the Struggle to Survive

On March 15, 2017, an enormous avalanche occurred near the mountain Gråskallen in Haugastøl, Norway. A party of six German tourists are out skiing in the area in the midst of a violent storm. Twenty-three-year-old Adina Lange is taken by the avalanche: she lies trapped a meter and a half under the snow and can only move a few fingers inside one mitten.

In Five Feet Under: My Daughter is Trapped under Five Feet of Snow the reader accompanies a father in his desperate search for his daughter Adina and her struggle to survive, but also the incredible efforts on the part of both volunteers and professionals who do everything in their power to save the young woman’s life.

Five Feet Under is a dramatic and moving story about a fight for survival in the Norwegian wilderness that involved volunteer heroes and highly skilled search and rescue dogs. The very best of Norwegian society is mobilized in the manner of people who step up to help others, who invest their free time and money in saving lives. What were the actual events of the rescue operation in Haugastøl and what were the experiences of all the six skiers? What was the subsequent impact on the lives of the father, the group of skiers, the helpers, and last but not least, Adina? 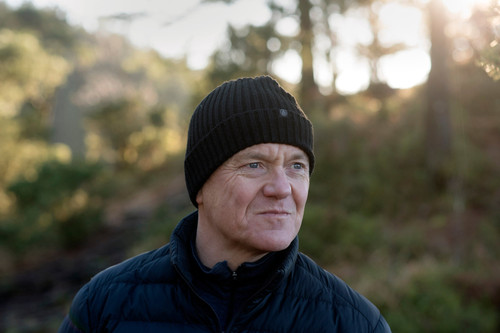 Bjørn Asle Nord works at the Norwegian Broadcasting Corporation (NRK) with digital journalistic climate and nature stories but was for many years a journalist for the newspaper Bergens Tidende. Nord is known for both journalistic stories and investigative journalism of a very high calibre. Five Feet Under started as a journalistic work, a successful article sold to more languages and one of 10 most popular stories on narratively.com. His previous book Gi meg heller livet. Ein dokumentar om soldatveteranar i Norge (Give me life instead. A documentary about military veterans in Norway), co-created with photographer Håvard Bjelland, was published in 2014. Nord comes from Nordfjordeid and lives in Bergen.