The two friends get a very special idea.

This is the third Sara and Dagmara book. They became friends in the first book, and then in the second they looked after a dog. Now we meet them again – and they have a burning desire to get rich quick. But how are they going to make it happen? Steal? Rob a bank? No, and no. Then they have an idea. They can open a shop and sell some very special things … 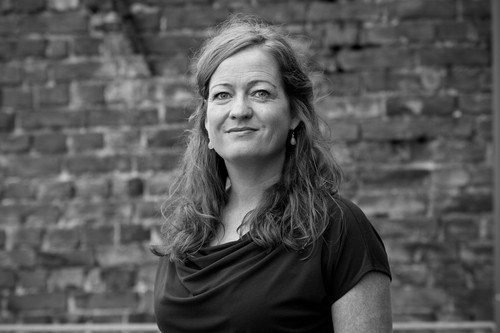 She has been a rising star since her debut novel Under the Table (2002) made it to the main selection in Norway’s major book club, but her big breakthrough came with her third novel, Yes, We Can! (2011).

She is also one of few plot driven women writers to traverse the gender gap; the reviewers obviously see her as a writer for both men and women (and compare her to giants like Nick Hornby and Jonathan Frantzen).