Torkil Torsvik is a hard rocker. He writes with the gas pedal pressed to the floor.
Nils is starting seventh grade. He has no idea how to make friends. He does not know what falling in love is. He has never seen a teacher - or daylight for that matter. Nils is no ordinary boy. He’s a super-secret ninja robot who is going out into the world for the first time. The coder who created Nils thinks he should live a normal life. At least that’s what she says. She calls herself mamma. But Nils senses that his mamma has scary ulterior motives.

It’s not easy to hide that you are a robot when you are a million times smarter than everyone else in math, or when you can master ten martial arts and have supersonic hearing. But it’s hysterically fun to read about it!

Join Nils in the most chaotic, action-packed and humourous first day of school of all time. 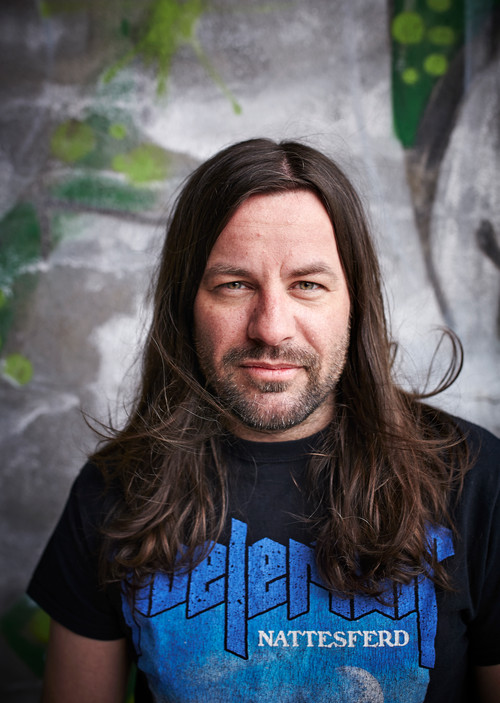 Torkil Torsvik (b. 1978) talks about rock music daily on Radio Rock and the podcast Gammal Maiden, and sings in the rock band Nullskattesnylterne. Torkil is from Kolvereid in Trøndelag and currently resides in Oslo.
Olve Askim (b. 1973) is educated as an animator and has worked with animation, design and visual effects for film and computer games for over twenty-five years. He has also illustrated a number of children’s books, and enjoys in particular building Lego, watching movies and cooking. He loves everything that has to do with Japan. Olve was born, raised and lives in Oslo.