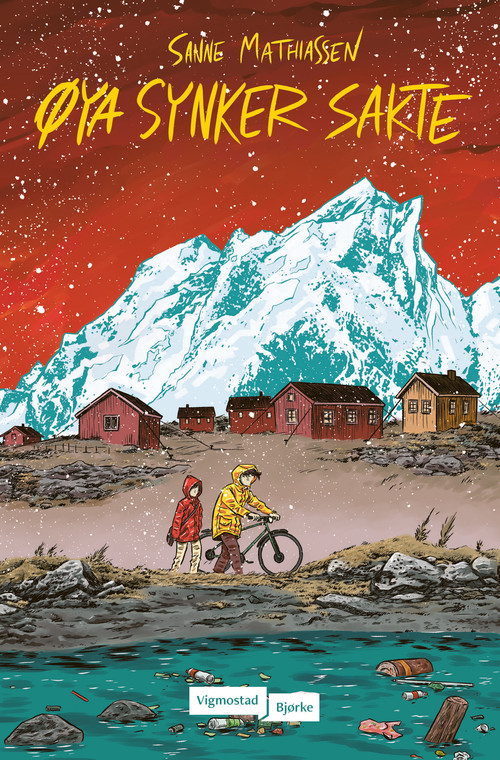 Love in the age of climate craziness

Henny leaves her mother and the big city and moves to live with Aunt Liv on an island in the ocean gap. The climate crisis has hit the world with full force. Once on the island she receives the survival package for new arrivals. The small community works hard to prevent the island from sinking into the sea. Monthly weighings of the islanders determine whether they have to sell a
cabinet on eBay or slaughter a cow.

Henny cannot stop thinking about Johannes. His father is the climate researcher behind the strict regime. But what secret is he concealing? Is it possible to fall for
someone when you should be thinking about surviving the next storm? And how far can one go in the climate war to save one’s own world?

Slowly Sinking is a well-written and thought-provoking novel about extreme solutions and strong emotions - about living on an island that sinks while love grows. 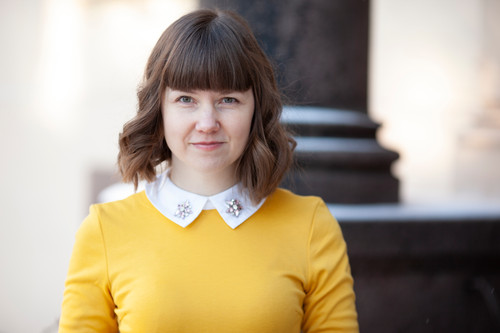 Sanne Mathiassen (b. 1983) is Chairperson of the Board of the North Norwegian Writers’ Association and has studied writing at NBI. She debuted in 2012 with the critically acclaimed youth novel The Days Before May. The Island Sinks Slowly is her fourth novel for young adults. Mathiassen grew up in Trollvika and lives in Tranby.