Mirjam Kristensen
I’ve Been Waiting For You

It’s 1942. On a small island on the south coast, the war seems far away. Sisters Paula, Matilde, Edit and Milly Olsen have lost their father, and must work every day. In the evenings they read English novels and lose themselves in daydreams. In the neighbouring house, the Didrikson family run a summer hotel, and one day, a couple arrives with their foster son David. He is a Jewish refugee.

One light summer night, David and Paula meet. Afterwards, they meet every night in the old English garden on the island. Until the day little Milly drowns during the big summer excursion. Shortly afterwards, the persecution of the Norwegian Jews begins, and David disappears from Paula’s life.

Many years later, Anna Vårø comes into the inheritance from her great-aunt Paula Therese Olsen. Anna starts reading Paula’s old diaries and begins talking to those who lived through that time. What made aunt Paula’s life turn out the way it did?
In her fifth novel, Mirjam Kristensen demonstrates her powers as an exquisite writer of prose and as a luminously clear storyteller. 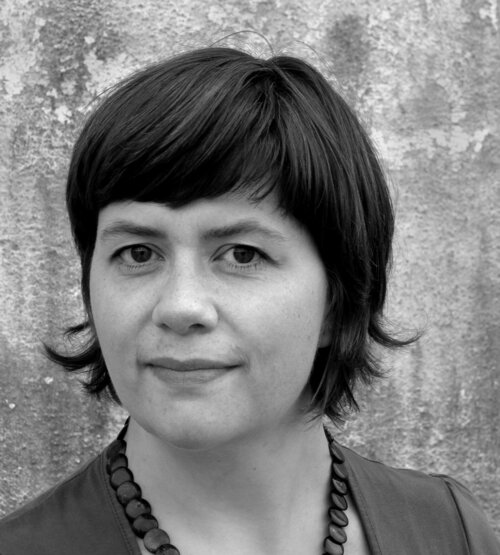 Mirjam Kristensen made her literary debut in 2000 with the novel The Days are Transparent, and was awarded the Tarjei Vesaas’ First Book Award. For Those Who Are Out in the Rain (2001), she received the Sørlandet Prize for Literature. Following this, the critically acclaimed novels An Afternoon in Autumn (2006), and A Full Life (2009) were published. Kristensen has received the Bjørnson Stipend and the Amalie Skram Prize, and her novels are translated into French and German. I’ve Been Waiting for You is her fifth novel.