A modern love story about losing control and finding yourself – and that also real princesses kiss many frogs to find a prince.
Last year’s prom ended in major drama for Princess Margrete. She doesn’t dare telling anyone about what happened that night with her being hospitalized. As the problems pile up not only for her, but for the whole royal family, she’s desperat to share everything with a boyfriend. But who can the Princess of Norway date?

'Second book in the Royalteen series is like a home-alone party, that entirely takes place on young people’s conditions. (…) You become a greedy reader when both prose and content are in place. Each chapter of Prince Charming is like a small bite of chocolate, and while eating it, your only thought is to devoure the whole of it.' 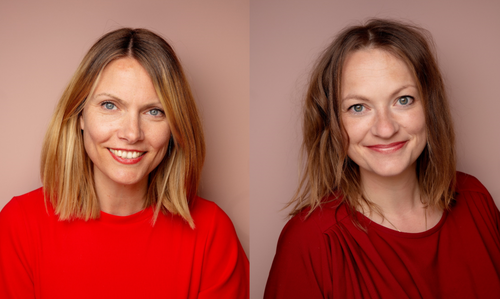 Randi Fuglehaug (b. 1980) is a journalist, editor and author of several books for children and adults, fiction and non-fiction.

Anne Gunn Halvorsen (b. 1984) is a journalist and a critic. She has written several non-fiction books for adults.