Illustrated children’s novel from the creator of Yesper and Noper

Juri is about to turn 12 and feels nervous about absolutely everything. All on his own, he has to work out love, football, and how deep you should go with your tongue when you kiss someone so nobody chokes. Juri wonders whether he is in love, while his best friend Evy starts behaving a little bit strangely. Then, to top it all off, Juri’s dad has just left his mother.

This is a story all about that phase of life between childhood and adolescence, while Juri wishes time would stay still for just a moment.

After all, Sofi is so pretty that Juri can’t breathe.
But Juri doesn’t want to suffocate.
He just wishes that everything was like before.
That dad didn’t have to move out.
That his best friend Evy wasn’t acting so weird.
Why does he have to have so many feelings?
It feels like the world is spinning far too fast.
If only it could just stop for a moment.

Illustrated by the author.

'Kari Stai writes warmly and believably about the rather exhausting stage of life on the cusp of becoming a teenager. Beautifully illustrated by the author herself. In a surprisingly short amount of time, she manages to establish a world that is both true-to-life and credible.' 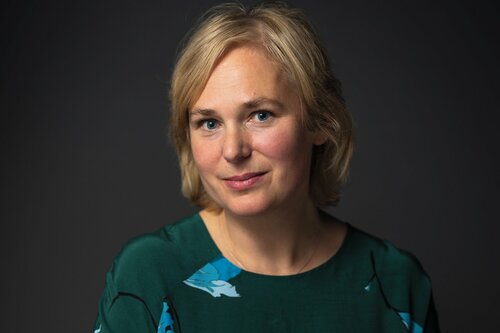 Kari Stai (b. 1974) is an illustrator and author, known foremost for her prize winnning six books about the duo, Yesper and Noper (Jakob og Neikob). The tales of these two have become quintessential, modern classics of children’s literature. They have been translated to several languages and adapted to film and theatre.