Twelve-year-old Tor and his friends break into The Castle one night to take revenge on Tommy who didn’t invite them to the year’s coolest birthday pool party for their class.

The Castle is a luxury hotel and Tommy is the owner’s son. But what starts off as an innocent revenge suddenly develops into something far more dramatic. Because Tor spots a girl through the basement window who doesn’t look like a regular hotel guest.

Tor sneaks inside on subsequent nights and eventually discovers that there’s something funny going on at the Castle. Why is million-dollar art disappearing? Why does the girl have to stay in the basement? And where do they come from, all those members of staff?

The Castle is a novel about injustice, friendship and the stirrings of emotion between boy and girl. 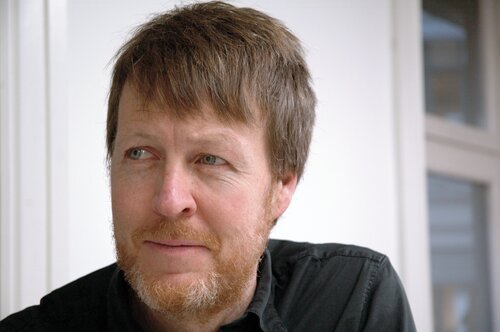 Agnar Lirhus (b. 1978) is an author and teacher. He has received the Booksellers' Author's Stipend and been nominated for the P2-Listeners' Novel Prize for his books for adults. He writes for young adults and children as well as for an adult audience.