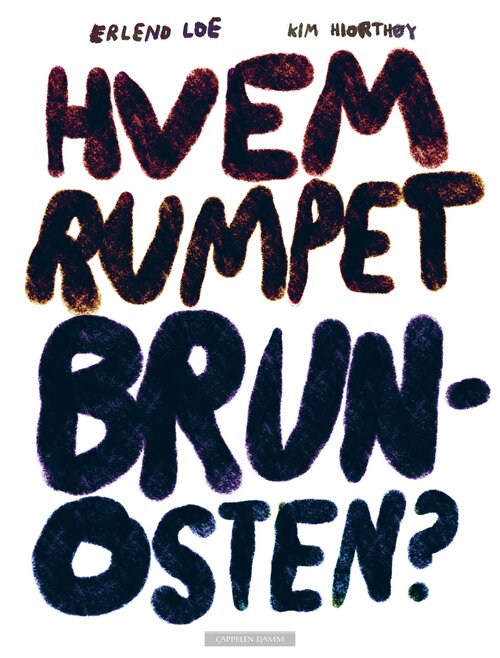 When the King hears tell of a truly fantastic brown cheese that is made at Lisen von Kvantum’s dairy farm, Lisen is invited to the Palace, along with a chunk of brown cheese.

A train ticket, with a sleeping berth, is enclosed with the invitation and Lisen von Kvantum heads off with her cheese. She guards the brown cheese behind a locked door in berth number 2, thinking that it is very important for her not to fall asleep. But of course, she does – and when she wakes up a while later, the damage is done: there are butt prints on the brown cheese! Somebody has buttocked the King’s cheese!

Will the mystery be solved? Who can have committed such a serious crime? Whose butt print is that on the brown cheese? And will the King ever get to taste the world’s best brown cheese?

Erlend Loe and Kim Hiorthøy are the authors behind this zippy, intricate crime mystery in five parts, which is very much inspired by Agatha Christie’s Murder on the Orient Express. 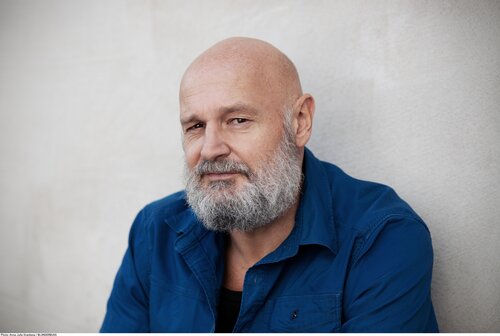 Erlend Loe was born in 1969 in Trondheim, Norway. He studied folklore, film studies, and literature before becoming one of the most beloved and popular authors in Norway. He made his debut with the novel Captured by the Woman (Tatt av kvinnen) in 1993, a novel he received raving reviews for. In 1996 came Naiv. Super, his big break through in Norway as well as abroad, and has been called the novel of his generation. His novel Doppler, which came out in 2004, has been critically acclaimed for it´s depiction of the modern man, and The Guardian named it Book of the year. He is a productive author, and publishes books both for adults and children. His books about Kurt have been a huge success, and has also been turned into an animated film.
Erlend Loes books have been published in thirty-nine countries so far.

He lives in Oslo and enjoys biking.