The first title in a series of detective stories for elementary school!
It’s Kalle Berg’s very first day in 4B at Maribakken school. Kalle is a shy and anxious boy, so it would be an exaggeration to say he was looking forward to this day. Fortunately, Eskil Holmen is also in 4B and is anything but shy and anxious. He decides to become Kalle’s new best friend. And not only that, they are going to start a detective club together! But it’s not that simple in the world’s most boring school. They have just barely managed to walk into the schoolyard before they discover that someone has broken into the school and stolen the school's most prestigious trophy which 4B has won in softball! Kalle and Eskil are now faced with a real mystery, and the detective club be-comes a reality whether Kalle likes it or not. 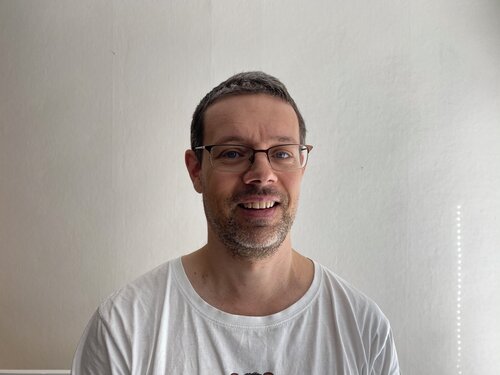 Lars Mæhle (b. 1971) made his breakthrough in 2009 with the fantasy novel The Land Under the Ice, for which he received, amongst other awards, The Ministry of Culture's Literature Award for children’s and youth’s literature.
Jens A. Larsen Aas (b. 1993) is a graduate of the Academy of Art University in San Francisco and debuted as a children's book illustrator in 2016. Amongst his other projects, he has illustrated the books about Bo Bear.