How to be a real friend when an earthquake hits?
Leah and Eline want to be YouTube stars. They have invited Simone to join them, but Simone doesn’t just want to talk about gymnastics, clothes and makeup. In all secrecy she would rather join Peter’s YouTube channel SuperMuza with Labyrinth races, starring the hamster Lucky-Line. They get a lot of followers - a catastrophic amount! Simone is terrified that Leah will expose them. But then an earthquake hits and everything changes. Earthquake Heart is an heroic and tender story about YouTube and true friendships in times of crisis. 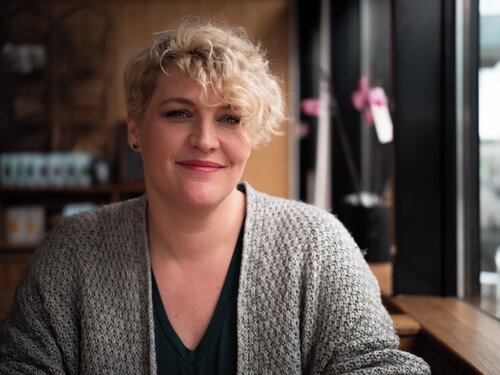 Camilla Otterlei (b. 1980) is an author, teacher and lecturer. She is a member of the NBU (Norwe-gian Writers for Children) and the NFFO (The Norwegian Non-Fiction Writers and Translators As-sociation) and has published a number books in various genres since her debut in 2004. She received Landslaget for Språklig Samling litteraturpris (Literature Award) for the illustrated book The Art of Meeting a Bear (2015).
Tiril Valeur (b. 1975) is an illustrator and author. In addition to writing her own books, has also illustrated many books for other authors. She is a graduate of Oslo Academy of the Arts.