A World History
With the past as a mirror

World History. With the past as a mirror is a formidable work. It is a story that takes us back 5,000 years and up to the present day. From the first civilizations in Asia and the Middle East, through the magnificent Ming Dynasty and the Ottoman Empire 500 years ago, to the Industrial Revolution, the colonial era and US dominance, up to today’s uncertainty of China's role, climate and the future of civilization. Throughout this journey, Tvedt shows why civilizations have arisen, empires have perished and how the present can reflect the past. This is a book that provides new insights into the long lines of history and at the same time sheds a clearer light on our chaotic times.
In his book, Professor Terje Tvedt asks the big question as to why the world has become what it is. He does so at a time when fundamental doubts are being raised all over the world about many of the explanations that have dominated in recent centuries. He shows how knowledge of world history is absolutely necessary to understand the present, and how stories about the past and present mirror each other.

With an infectious enthusiasm, Terje Tvedt shares his endeavour to understand some of the long lines of world history. He also makes clear how such insights affect how we understand our own time and whom we have become. 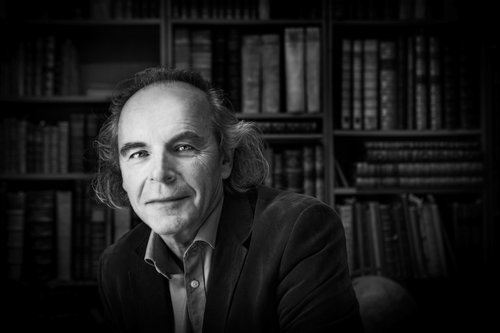 Terje Tvedt is a Dr. philos and historian, professor of geography and political science who has written a number of books on the importance of water. He is also the series editor for the six-volume work A History of Water to which scientists from over 80 countries have contributed. He has made several documentaries, including the award-winning TV series “A Journey into the History of Water” and “A Journey into the Future of Water” which has been shown in about 150 countries. Tvedt received The Fritt Ord (Free Speech) Foundation Award in 2007.