People are happy because they can entertain themselves by staring at their ThumbShiners. With ThumbShiners they can chat with strangers without seeing them, read without carrying heavy books, play without being together and paint pictures without using smudgy paint. But one day a strange visitor with a strange dog arrives and starts drawing with magical markers, and soon the whole city is completely transformed. 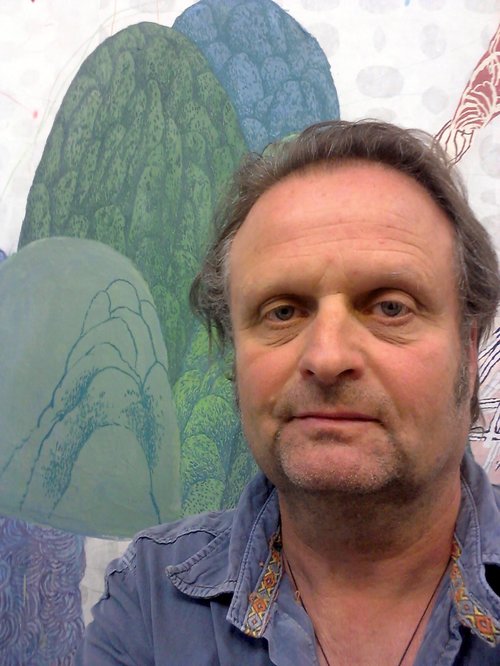 Henrik Drescher (b. 1955) is a Danish artist and author/illustrator. Drescher and his family emigrated from Copenhagen to the United States in 1967. He published his first book in 1983, and since then he has published more than 50 books and created two animations. He works as a freelance illustrator for major publications in the United States and Canada, and also creates one-of-a-kind and limited-edition books and paintings, which are sold in galleries and included in the collections of major museums in the United States and abroad. His awards and honors include gold and silver medals from the Society of Illustrators, Society of Publication Designers, Parents’ Choice Award and The New York Times Best Illustrated Book of the Year. Drescher's editorial illustrations appear regularly in the New York Times, the Washington Post, Newsweek, Time, and Rolling Stone.