In The Planet Rescue Club is an ambitious suspense series about the environment and climate change for children (6–9 years). Here we meet Vanja, Sivert and Mo, who live in a small village in Western Norway. But mysterious things can happen even in a small place.
In the first book, The Black Swans, a boat crashes into the quay outside the factory. Vanja, Sivert and Mo discover an oil spill in the fjord and the white swans are now covered with oil. Does the oil come from the boat or is somebody intentionally polluting the fjord? Can it be the wealthy factory owner who is dumping the oil? Or is his mysterious assistant Luke responsible? When the adults don’t believe what the children tell them, «The Planet Rescue Club» must take matters into their own hands.

In the second book, The Cabin that Disappeared we are on the farm where Vanja lives and the animals have just been let out to graze. But then many of them get sick. At the same time, something is going on at the empty cabin in the forest, where Vanja and Sivert have always played. One day it is torn down and the refuse is littered throughout the countryside. Who is tearing down old cabins and building new? And who is dumping the waste that is hurting the animals? 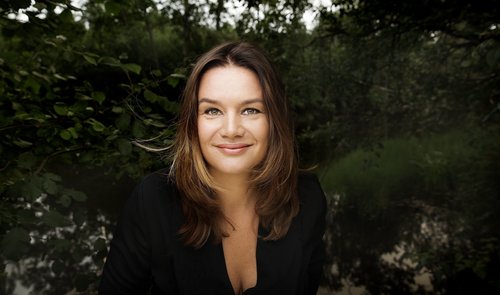 Ruth Lillegraven (b.1978) debuted with the poetry collection Big Bad Poems in 2005. Since then she has published a novel and the three further poetry collections, translated into several languages. She has also published six books for children and the play Cally. Her work has been nominated for several awards, and won, among others, The Brage-Prize and Nynorsk Literature Prize. Her latest novel for adults, Deep Fjord is a great success with multiple international sales, as well as filmrights to Nordisk Film.