Max Estes
The Banana and the Moon

An absurd and stylistically accomplished picture book about the greatest attempted coup of all time.
A cheeky and ambitious banana has a big dream to take the moon’s place in the night sky. It sets off on a long and hazardous journey to reach its goal. Along the way, it gets to know a number of characters, among them a cat, a seagull and a whale. Not everybody shares the banana’s belief in its crazy project, but the banana won’t give up. It’s the night sky or bust! Max Estes tells an absurd and unusual tale, relatable to all children. Will the banana reach its goal? Look out of the window on the next starry night and see for yourself! 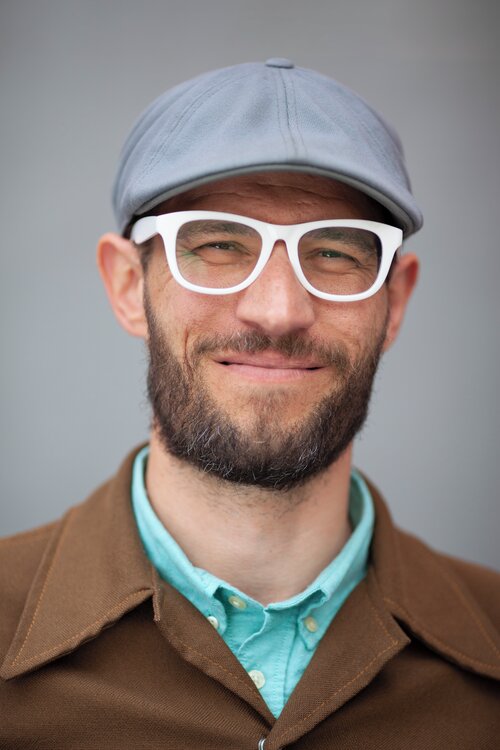 Max Estes (b. 1977) was born and raised in Milwaukee,
Wisconsin, and currently lives in Fredrikstad, Norway.
Since his debut in 2005, he has published around
20 books.