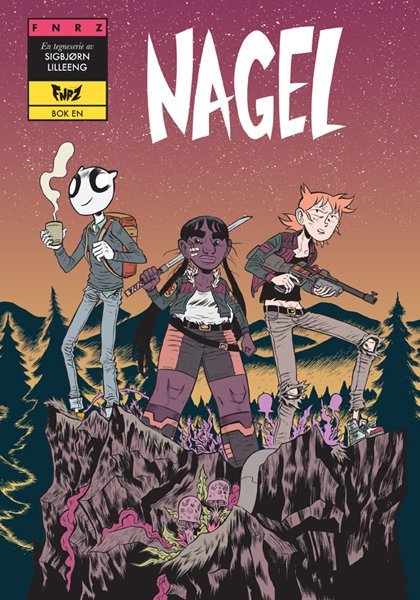 FNRZ is an action/adventure/sci-fi/comedy comic book series set in an alternative universe with a lot of similarities to our own world. It is a story being told over the span of several books, the first one is out now, and the second is in production. It is primarily aimed at kids 13-14 and up, but with the hope of appealing to everyone who enjoys good comics.

FNRZ tells the story of four teens trying to survive bullies, school, lying adults and officials in a world that is on the brink of falling back into war against a horde of humanoid beasts. And to top it off, nature is detereorating, rotting, mutating, because mankind unleashed an ancient curse (or so it’s called) from deep underground, by the name of FENRIR.

The comic aims to be a more colorful dystopia than usual, with lots of humor and slapstick, while at the same time telling a serious story about ecological crisis, greed, political lies, neglected youth and being an outsider. The comic is loosely inspired by Norse Mythology, while also being a light satire of contemporary Scandinavian society.

'Nagel is a unique comic book, bursting with good ideas and enthusiasm. A Young Adult-series that takes it's audience seriously.'

'Lilleeng here proves that he is one of the country's absolute best comic artists. A highly relevant YA comic book, also suitable for grown-ups.' 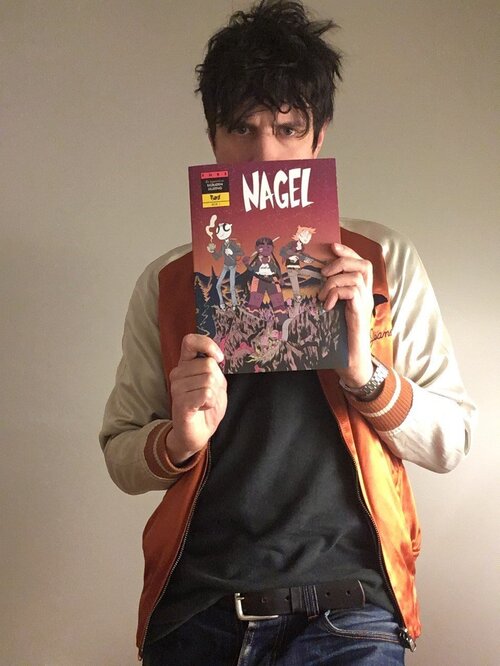 Sigbjørn Lilleeng (b. 1983) is a Norwegian comic artist and illustrator. He debuted in 2005 with the comic series Nebelgrad Blues, a story about outsider youth in rural Norway. Since then he has mostly focused on light sci-fi stories. Lilleeng aims to make entertaining comics with personality and integrity, with respect for traditional craft, while at the same time not being bound by genre expectations. He also teaches comic classes for kids and young adults. Previous books include Generator (2012), Between Planets (2016) and Apefjes 1-3 (2011-2015).