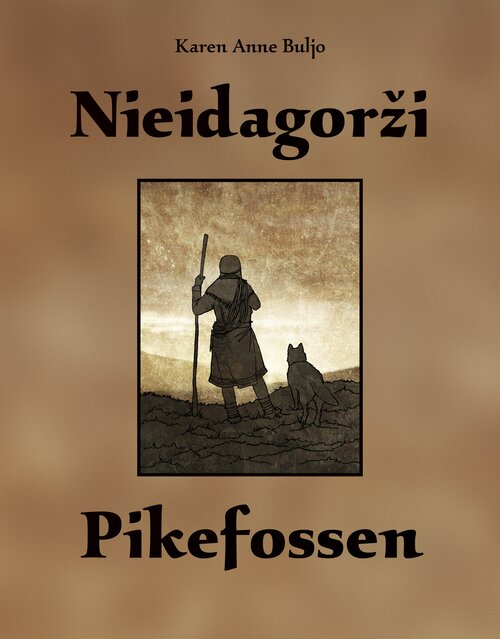 This is about a girl who sails in a barrel from the mountains to the sea, and is based on a Sámi legend.

Once upon a time, long ago in the far north, a Sámi girl worked for a wealthy reindeer keeper. The girl herded the reindeer, with the help of the herding dog Moste. After an unfortunate incident in the winter pasture, the girl was put in a barrel and pushed out into the river …

The story incorporates drama and emotions, and is good reading. Simple, lovely illustrations. 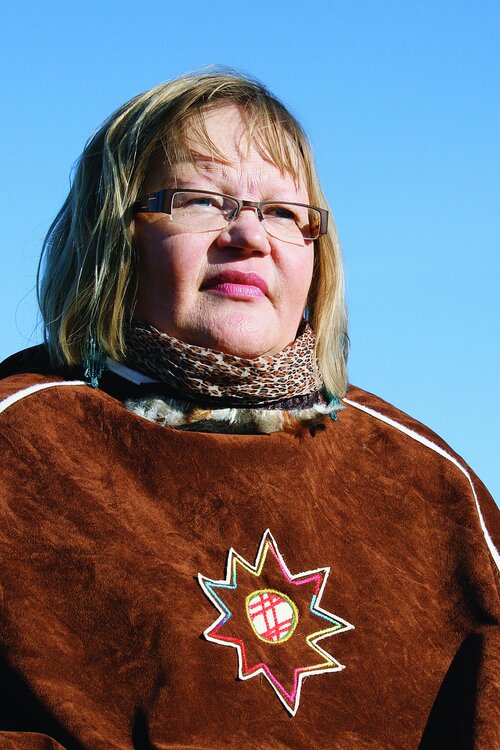 Karen Anne Buljo (b. 1964) writes books for children and young people, and also writes in other genres. Her children's book Áfruvva – Havfruen (The Mermaid) is about a girl who was given the joik (song) of the sea and became a mermaid, and is based on a legend found among the coastal Sámi people. She has also released a CD, Ábifruvvá, featuring coastal Sámi joiks for children.