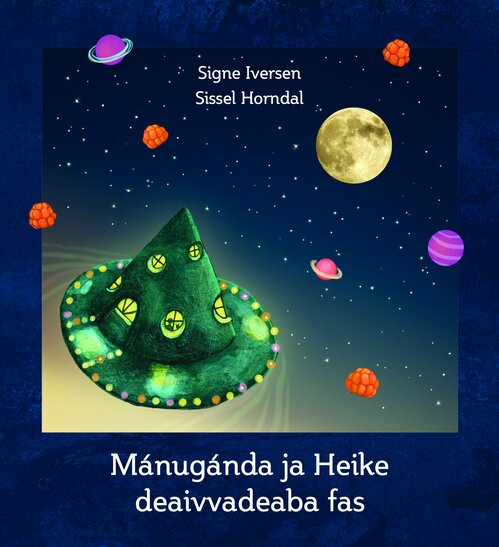 This book takes us on a strange journey. Heike is in the cloudberry bog when he hears a rustling in the heath. It's Moonboy! A gust of wind rushes by, and a flying saucer lands on the bog. Moonboy disappears into the flying saucer. And Heike follows him in … A sequel to the book Mánugánda ja Heike (Moonboy and Heike).

Dimensions of reality … what is alien is also familiar. It has much in common with the magical realism genre, but with a twist of fantasy and science fiction. It is told simply, and is beautiful. The illustrations are lovely. Cinematic images …

A colourful and interesting book. 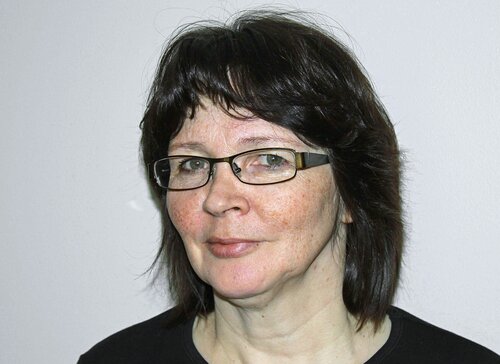 Signe Iversen (b. 1956) debuted as a children's writer in 2011 with Mánugánda ja Heike (Moonboy and Heike), which was nominated for the Nordic Council Children and Young People's Literature Prize 2013.