The Colours of The Northern lights 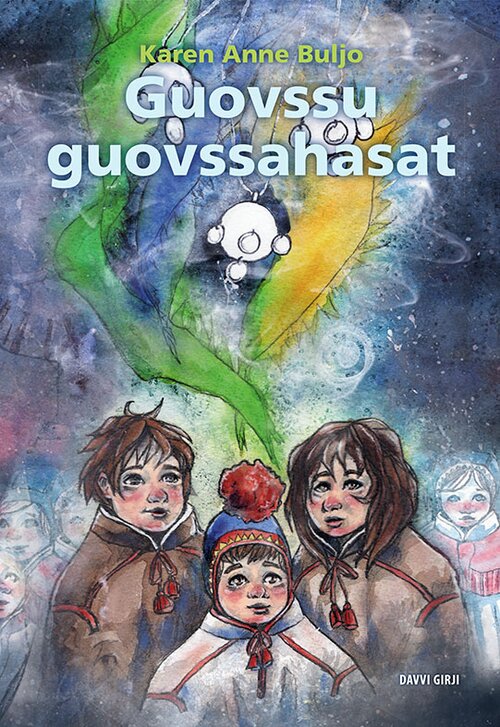 The Saami Siida family consists of mother and father and children; Joret, Risten and their little brother Guovvsu. One evening, the children have to stay at home on their own, as their mother and father must go and see to the reindeer herd.
The children are strictly forbidden to go outside or to let in anybody they don’t know. But then strangers appear in the form of snub-nosed children who start throwing snowballs at the Saami Siida children’s goahti (type of Saami dwelling), teasing them and daring them to come out and play, until finally, the Siida children are persuaded to leave the goahti, even though their mother and father have strictly forbidden them to do so. 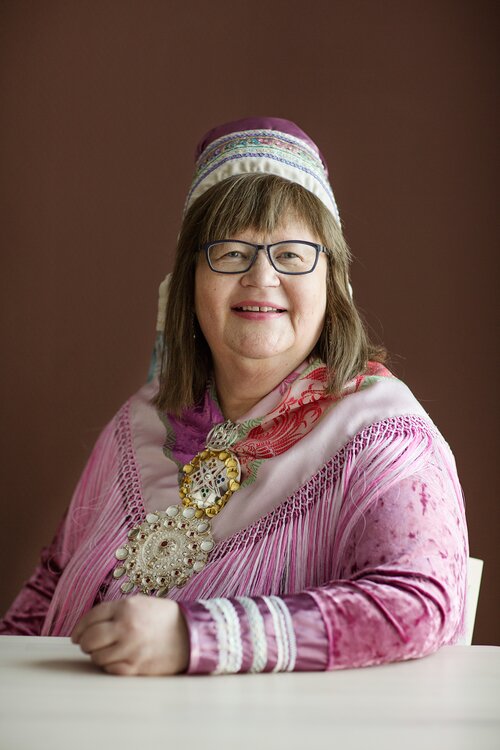 Karen Anne Buljo (1964) lives in Alta, and has written books for children and young adults as well as radio drama for both children and adults. She has also published collections of poems as well as a an book of travel writing. She has, in addition to all this, also produced teaching-material.