A sudden flood sweeps through and devastates Gravdale, forcing sixteen-year-old Stella and her father to flee the safety of their native village. Following a perilous journey through lawless and war-torn landscapes, they reach their destination: Widowton, a rumored safe haven. The trials are not over however. The city is ruled by a strict authoritarian government obsessed with decreasing a swelling population, and entry might mean paying the ultimate prize. Within the city walls a number of young women and girls have also gone missing, some found slain with the letter J carved into their skin. As the citizens’ actions are monitored and reported, few dare to challenge the rulers, seemingly indifferent to investigating the disappearances.

Stella quickly comes to realize that being female means she is now in mortal danger. Along with her newfound friends she has to defy the strictly enforced rules of the city and take a stand against the system, before it’s too late.

Thomas Enger’s much anticipated City At the End is the first novel in a forthcoming YA-series about Stella Staerk and her struggle to survive in a Nordic war-torn, dystopic future where young women are being targeted.

Highly immersive. /…/ A natural comparison is to Veronica Roth’s Divergent series. Stella is a clear-cut and credible protagonist forced to employ both intellect and physique to stand up for herself and reveal what lurks behind Widowton’s closed facades. 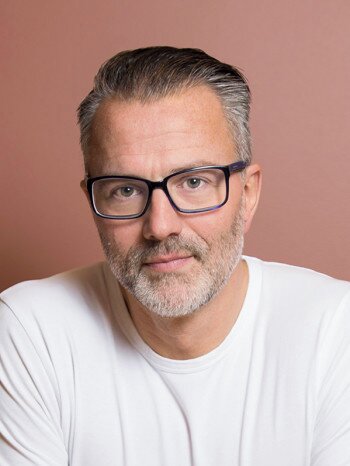 Thomas Enger (b.1973) has rapidly distinguished himself as one of the most exciting new voices in Young Adult fiction. The Oslo-born author wrote for Norway’s flagship newspapers for eight years before switching careers to that of author. His critically acclaimed crime fiction went on to sell to over 30 countries, and for his YA novels Enger received the prestigious Norwegian Uprisen award twice, officially profiling him as one of the most promising writers in the genre.

Enger’s much anticipated City At The End: Widowton is the first novel in a forthcoming YA-series about Stella Staerk and her struggle to survive in a Nordic war-torn, dystopic future where young women are being targeted.