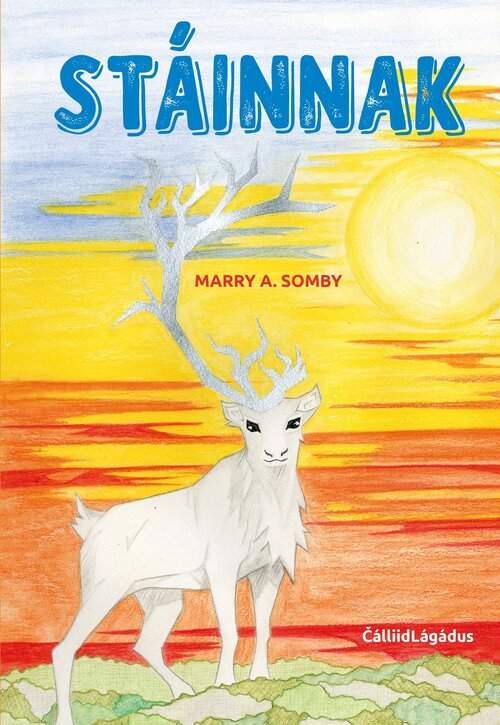 Stáinnak was the most generous reindeer in the whole world. If she had not existed, there would have been no other reindeer in the world. Because of her, red reindeer calves get born in the spring and learn to run when they were only four hours old. Stáinnak lived in the world of the underground. The book is illustrated by Márjá Louise Sara. 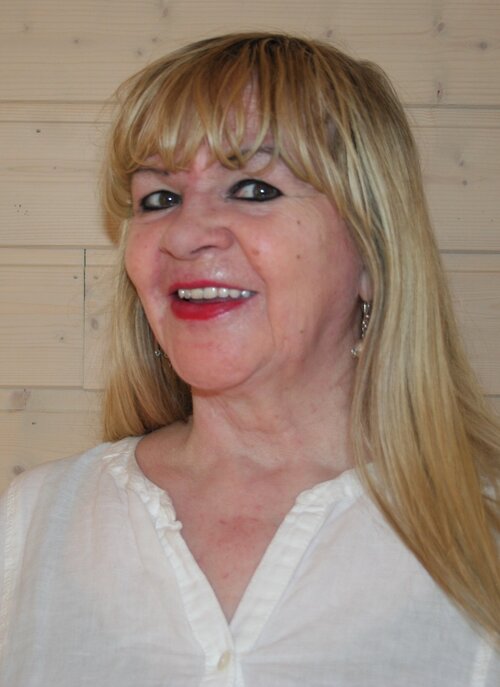 Marry Áilonieida Somby (1953) is a writer, playwright and visual artist from Sirbmá in Tana, whom lives in Tromsø. In 1976, she debuted with a children's book: “Ámmul ja alit oarbmäli” (Ámmul and the blue cousin). This was the first children's book written and published in the North Sámi language. Since her debut, Somby has steadily published her works and in addition to a number of children's books, she has published both poetry and prose books for adults. She also has a large production as a playwright and has had several of her pieces performed at the Sámi National Theater Beaivváš. Somby was also one of the initiators of the Sámi Writers' Association, which was founded in 1979.