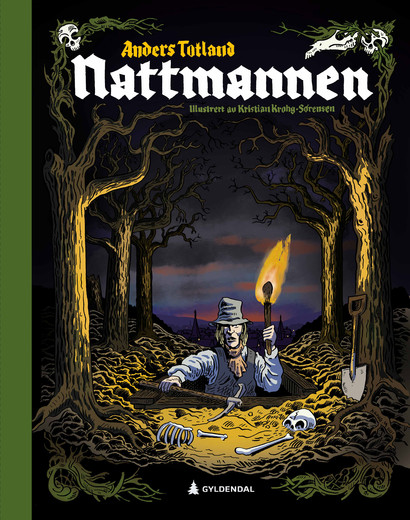 A book of true stories about dishonourable people.

The ‘night man’ was the person who took away the rubbish, flayed horses and cleared up after the executioner had done his job. This profession was regarded as completely without honour, and people truly believed that the night man was contagious.

One of the ten true stories in this book is about the young rascals that were treated so poorly that the king was forced to get involved. We also learn about members of the gang from Night Man Hill in Oslo, who ravaged and plundered the city before being sent to the gallows, as well as a corpse that turned an entire town upside down – because nobody wanted to carry it to the grave.

The Night Man is about honour and shame – and what being cast out from society does to both groups and individuals.
The book is illustrated in a comic book style by Kristian Krohg-Sørensen.

Author Anders Totland has come up with a scoop in his choice of subject matter, and it is truly remarkable how few books have addressed this topic. 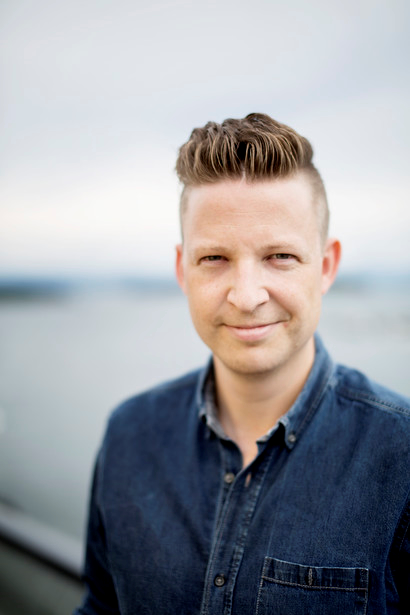 Anders Totland (b. 1986) is an author, organist, cook and journalist. He debuted in 2015 with The Vampires in the Apple Garden and has distinguished himself as one of our most exciting young adult writers of late. In 2016 he received the Nynorsk Children’s Literature Prize for his first novel, Angel in the Snow.

Kristian Krohg-Sørensen (b. 1980) is a journalist and comic book creator. His fist book was The Big Cheese: Life in Hell, which was nominated as one of the best books of the year by both the Dagbladet and Klassekampen newspapers. His other publications include The Oslo Tramline and The Russian Revolution.