Iceland became the symbol of the 2008 Global Financial crisis. It fell the furthest. Amazingly, it also recovered the fastest. Iceland defied the perceived rules of finance and became the only country where the banks weren´t bailed out, the currency adjusted freely, and the bankers were fought. This book takes you behind the scenes in the lead up to the crisis and its aftermath, as the worldwide forces of finance and politics converged in tiny Iceland. Businesses and institutions present in all countries were revealed here in their purest form as they jockeyed for advantage.
Iceland became a combat zone of global finance. In other countries the inner secrets of finance remained shrouded. In Iceland all could be seen. Of the 47 bankers jailed worldwide for crimes contributing to the global crisis, 25 were Icelanders. The US, the birthplace of the crisis, jailed just one. Combat Zone of Finance is a gripping account of crisis and recovery, filled with anecdotes, and real-life histories, informed by the first-hand experience of the author. This story from a country as transparent as Iceland provides unique insights. The book benefits from the most accessible and detailed economic data on debt, income and living conditions that the world can offer. 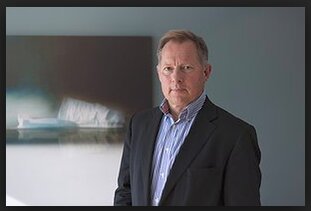 Svein Harald Øygard was interim Central Bank Governor of Iceland in 2009, after the crash. He was Deputy Minister of Finance of Norway from
1990 to 1994, being part of the team addressing the Norwegian banking-, macro and currency crisis. He worked as in international corporate strategist
at McKinsey and Company from 1995 to 2016, with a break to become Governor. Øygard was parachuted into a crisis-ridden country, becoming one of a handful of non-citizens ever to head a Central Bank. Øygard´s role gave him a unique vantage point from which to observe Iceland, its people and its institutions, as well as the forces of global banking, finance and economics. He saw how institutions and leaders behaved, from inside the system, during one of the world’s worst crises.