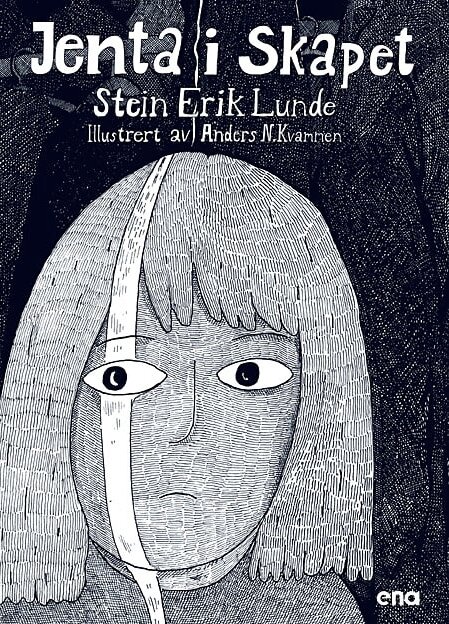 A girl runs home from school during school hours. Something has
happened to her, but we don’t know what. The unsettling feeling of having run away something as well as being in the wrong place at the wrong time runs through this book. 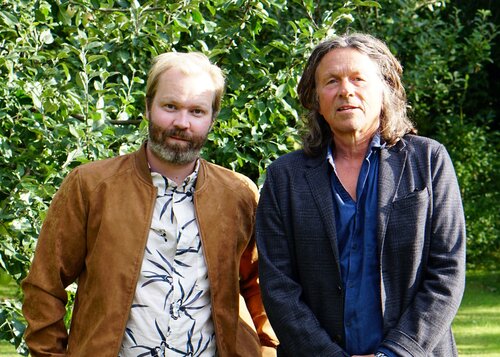 Stein Erik Lunde (b 1953) is a Norwegian novelist, children's writer, biographer and textbook writer. Lunde made his literary debut in 1982 with the crime novel Ingenting ruster. He was awarded the Brage Award in 1998 for the children's books Eggg.[Among his later books are Ulv from 2004, En far from 2006, and Eg kan ikkje sove no from 2008
Anders Kvammen (b 1985) is a comic book creator and illustrator from Oslo. His book debut in 2016Ungdomsskolen (High school) draws on his own experiences. Ungdomsskolen was awarded the prestigious Brage Award and Trollkrittet, was nominated for the Nordic Council Children and Young
people’s Literature Award and the Department of Culture’s award for comic books and he received a diploma in Grafill’s competition Most Beautiful Books of the Year.