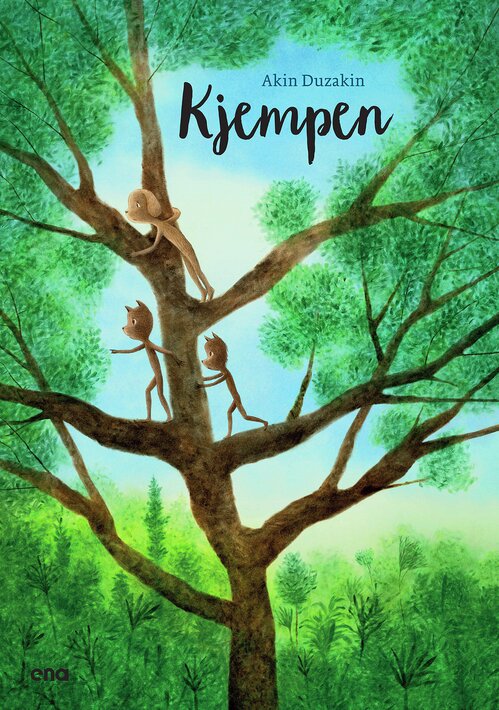 A Giant terrorises the Good People who live in the woods. One day he falls over and bumps his head and he doesn’t remember who he is. Is he kind or mean? The Good People decide to lie and and tell him that they are great friends. The Giant accepts this and from this day onwards they live peacefully together. He uses his strength to look after the Good people. In return he makes friends for life.
The book explores the concepts mean and kind in an inventive way. Duzakins naivistic illustrations are expressive and the fear, anger and eventually the joy of the Good People are portrayed clearly through his pictures. 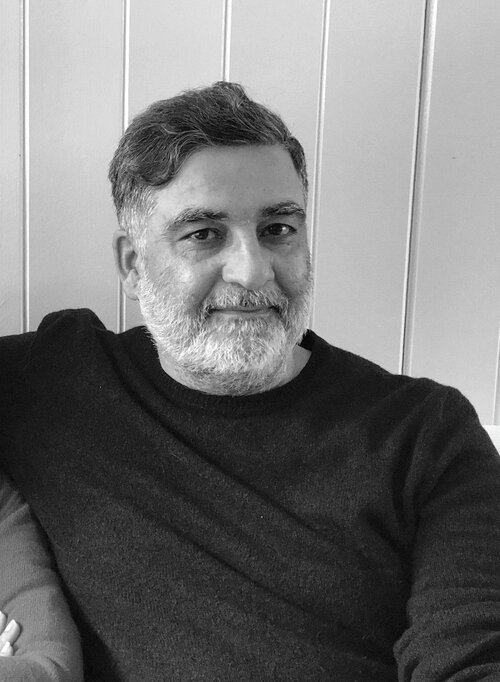 Akin Duzakin (b. 1961) is a graduate of the Norwegian National Academy of Craft and Art Industry in Oslo. He has illustrated over 40 picture books, and written two. His books have been translated to 20 languages. He has received the Brage Award twice for picture books made in collaboration with Liv Marie Austrem. He has also received the Department of Culture’s Award for Illustrated Children’s Books twice, and received the Book Art Award in 2006 for his many years of work as an illustrator. Duzakin is particularly well known for his poetic, slightly naivist motives, using a characteristic palette. He displays great figurative abilities and a strong sense of craftsmanship in his work.