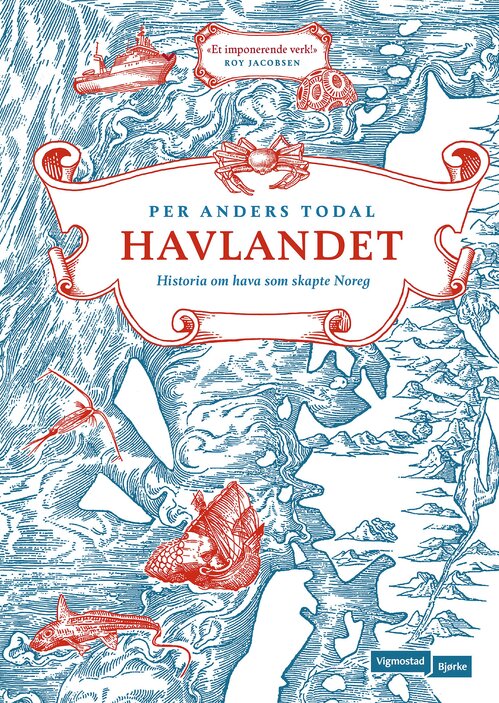 Land of Oceans
The story of the seas that shaped Norway

Norway’s maritime areas are six times as large as its land territory, and the sea has sustained human life here in the north since the Stone Age.
And yet most of our seas are unknown to the majority of people.

This book is an exploration of invisible Norway that reveals the diverse landscapes beneath the surface of the water. Every part of the sea has its own history and every ocean area has helped create the conditions that make human life in Norway possible.

The author takes the reader on long journeys: from trawlers in the winter-dark, stormy Barents Sea to a seine-haul fishing trip in Sogne Fjord in search of brisling; from the abundant Northeast Arctic cod fishing grounds of Røst to the coral reefs off the Møre banks; from the fish-farming pioneers of Lovund to the last whalers in the North Sea.

The book tells the story of the first seal hunters to paddle up along the coast 11,000 years ago, of the ocean currents that give Norway its mild winters and uniquely rich fishing grounds, and of the climate changes and ocean acidification that are now causing fundamental alterations in marine life.

Land of Oceans weaves together natural science, history, mythology and salty sagas to create a rich and expansive account of Norway and the sea.

A fantastic deep dive … this book exudes vigour and vitality combined with knowledge, insight and love of the ocean, and the language makes it a sheer joy to read.

...one of the best written and best researched descriptions of the Skagerrak Coast that I can remember reading …. Let us hope it wins as many readers as "Shark Drunk" did.
dice-throw 6, 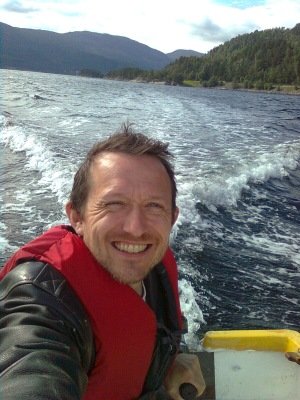 Per Anders Todal is a journalist. His previous book, Devil on the flat land. Stories from Belarus (Samlaget 2009), was published to glowing reviews.

Devil on the flat land. Stories from Belarus (Samlaget 2009)