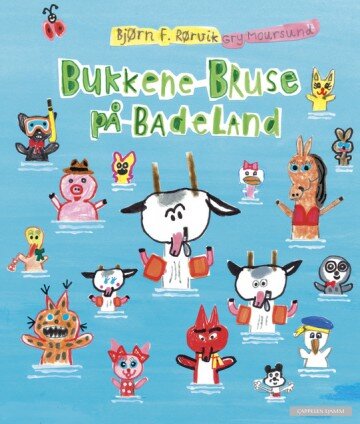 The three Billy Goats Gruff are on their way to the meadow to eat the green grass. But along the road they find a new sign: Water Park – 200 meters. The Gruff brothers think this sounds tempting. And maybe they won't have to face the troll that is always waiting under the bridge to scare them every time they head for the hills.

The water park is exciting, especially the long slide. But then the troll shows up …

‘Fun reading for the whole family. It doesn’t get much better than this!’
FORELDRE & BARN

‘In this staggeringly wise and amusing new version of an old tale, Bjørn F. Rørvik sets the story in the modern day, and has transformed the troll into an uncontrollable bully of the kind that all children are familiar with ... This has become a powerful, colourful and energetic book, and a very contemporary tale with its mix of fairy tale traditions and contemporary children’s culture.’
ADRESSEAVISEN

"Ingeniously crazy! As a reader you will fall instantly for this book!"
DIE ZEIT, Germany 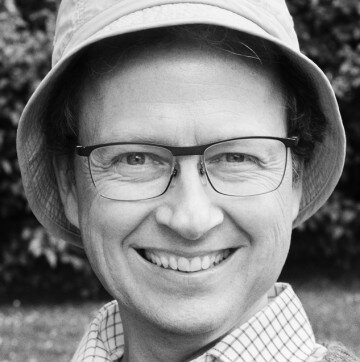 Bjørn F. Rørvik has worked extensively with film and video projects for the business sector, and for children. He studied media in Volda, with a specialization in film and television. His first children's book was published in 1996.

GRY MOURSUND (illustrator)
(b. 1969)
Gry Moursund graduated from the National Art Academy with a specialization in illustration and graphic design. She has since received a number of prizes for her illustrations, among them the Brage Prize in 2003. In 2009 she won the Ministry of Culture´s Picture Book Award for her book The Three Billy Goats Gruff at the Water Park.

Other titles in The Billy Goats Gruff-series: