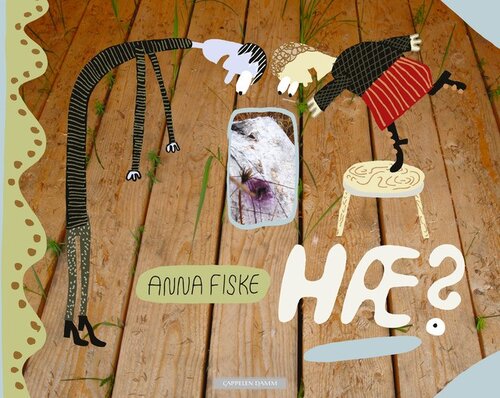 The idea behind Hæ? is that both children and people with learning difficulties should be able to enjoy it. The book is designed as a series of guessing exercises: you are shown a small part of an object or a place and asked to guess what the whole is like. The answer is shown on the next page.

The idea has turned into a splendid book, unusual and varied, illustrated by a mixture of photographs and drawings. The answers are accompanied by amusing comments on the pictures.

‘Hallo Planeten! and HÆ? show a most welcome talent for passing on art on children’s own terms, without forgetting the adults who share the reading experience with the children. In other words, Anna Fiske has grown into a picture book artist who meets most requirements for becoming a well-deserved commercial success and a favorite among the critics.’
Barnebokkritikk 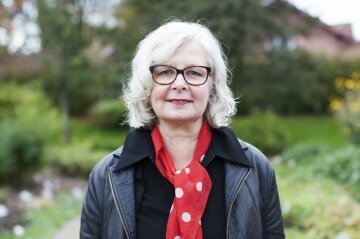