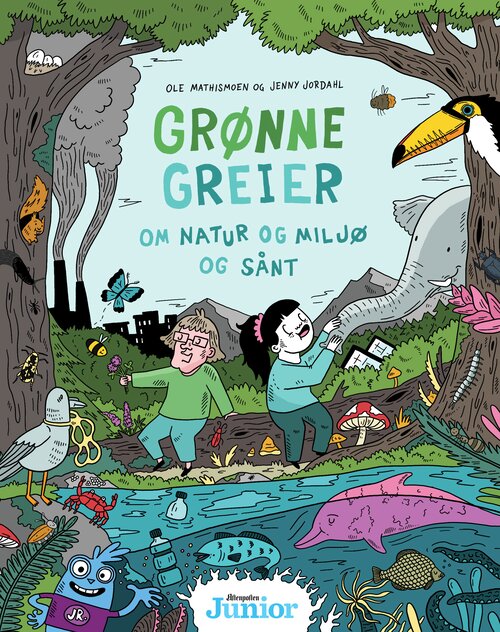 Green Stuff introduces environmental issues in a fresh and accessible way.
The book is a collection of comic strips about climate and the environment.
The strips have since 2016 been on the back of Norways’s largest newspaper’s edition for kids (Aftenposten junior). Teachers feed back that they use the materials for ages ranging from 7 to 16.

Jenny Jordahl has a unique and playful style, and Ole Mathismoen has reported on climate- and environment issues as a journalist for more than 30 years.
The two of them are characters in the comic strips which makes the complex and sometimes difficult topics more accessible to the reader.

Grave subjects such as climate change and the threat to the environment are made accessible through this book. Children are concerned with pollution from plastics and natural recourses vanishing. The book is packed with new knowledge for those who are interested in these topics. Green Stuff is a useful aid for all ages curious of the subject matter or for those who have a school paper to write.

"Positive stories such as the ozone layer mending itself demonstrates that humans not only create climate crises, humans can also supply rescue operations. This book is just that: a rescue operation created by humans."

"They start off by explaining the concepts and the actual situation and move on to describe what politicians and the society in general do, which problems we are up against and what individuals can do to take care of our natural resources.”

"Green stuff is a book full of facts, a useful and useable book which is both inspirational and entertaining."

"It’s wonderful that they have managed to find a way and a voice which holds so much knowledge, enthusiasm and moral seriousness and still present it in a playful way." 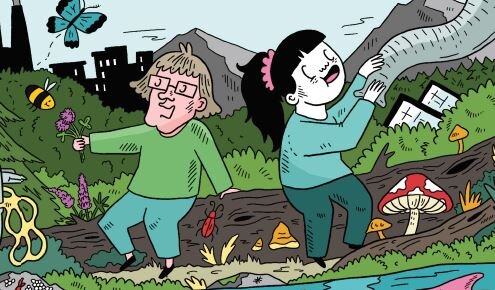 Ole Mathismoen (b. 1961) is Norway’s most regarded journalist in the field of environ-mental issues. He has written several books about the topic, one of which was nominated for the prestigious Brage-award. He has also received the Bergesen award, which is an honorary award for people who have done outstanding work in fields that concern the general public.

Jenny Jordahl (b. 1989) is an established illustrator, cartoonist, blogger and author of several books. Jordahl is educated from Oslo National Academy of the Arts. She is active on social media and has lots of followers on Instagram.