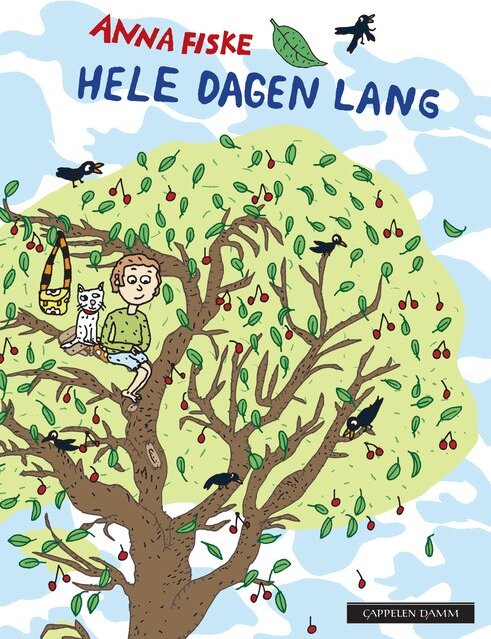 In All day long Anna is tired of her family. She decides to climb up the cherry tree and stay there all day long – her family will just have to do without her!

From her hiding place in the tree Anna can see everything that happens, but nobody can see Anna. After a long day she climbs down, but when she sits down at the dinner table she discovers that nobody has even noticed that she's been gone at all! 'What have you been up to today?' asks Mummy. 'Nothing special,' Anna replies.

‘This lingering, slightly philosophical and rather slow narrative is definitely not without humour and sarcasm. Nonetheless, the topic of a child’s need to be seen and accepted is fundamentally serious. ... As ever, the illustrations are organic, naïve. Fiske’s strange lines fuse text and images into one inseparable whole.’
VG

‘Anna Fiske’s strength is the way she lets herself to play with her own fantasies – the oddities and absurdities – but not allowing is to interfere with accessibility. It makes for a good book, without being mainstream. And it is child-friendly.’
Dagbladet 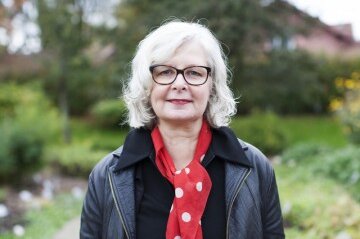