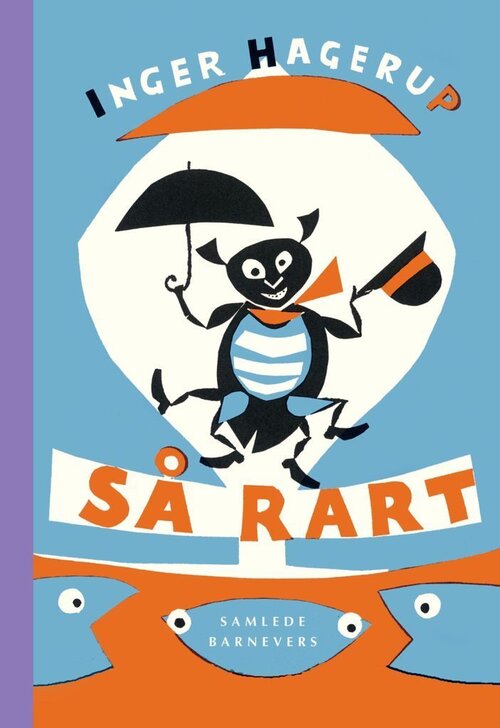 Highly treasured children’s rhymes and poems known by every child in Norway.
This classic in Norwegian children’s literature contains collected children’s ryhmes by poet Inger Hagerup, illustrated by artist Paul René Gauguin’s; How Strange (1950), Little Persil (1961) and That Summer (1971). Inger Hagerup’s rhymes and jingles are catchy with peculiar humor. Nonsense verses alternate with fresh and fine poems about animals, insects, birds, flowers, bakers and shoemakers.
How strange – collected children’s rhymes has sold more than 70 000 copies in Norway, and is still in print since first published in 2005.
Illustrated by the Norwegian artist Paul René Gauguin (1911 – 1976). He was a painter, graphical artist, sculptor, book illustrator and scenographer. He is particularly known for his coloured woodcuts

Inger Hagerup (1905 – 1985) is above all a poet of love. But she is also a poet of death; many of her best poems circle this subject. A third characteristic is her rebellious involvement, which has had intense manifestations. Her children’s poems are known and highly treasured by every child living in Norway.