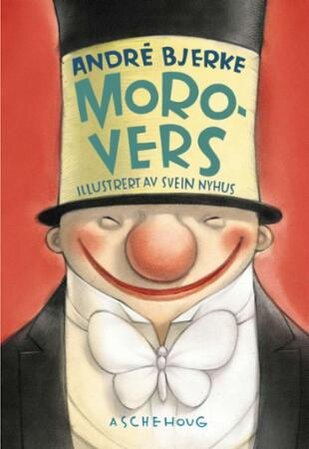 Andre Bjerke's "Funny Verses" is one of Norway's most popular books of poetry and nursery rhymes for children. The book is a compilation of Bjerkes previous works For fun (1956) and More fun (1957). His poems are characterized by nonsensical playfulness, and humorous play on words.

André Bjerke (1918-1985) was born in Oslo. He made his debut with a collection of poetry, Singing Earth. He was a versatile author, who has not let any genre escape his work. His essays and non-fiction often dealt with linguistic matters, and Bjerke had a column in the journal “Ordet” (“The Word”). Under the pseudonym Bernhard Borge, he wrote a number of crime novels, one of them Lake of the Dead from 1942 has been adapted into a movie.
Bjerke’s reinterpretations include drama (Shakespeare, Molière, Goethe, Racine), lyricism (Rudyard Kipling, Dorothy Parker, Edgar Allen Poe) and prose (Hermann Hesse, Heinrich Heine, Karen Blixen).