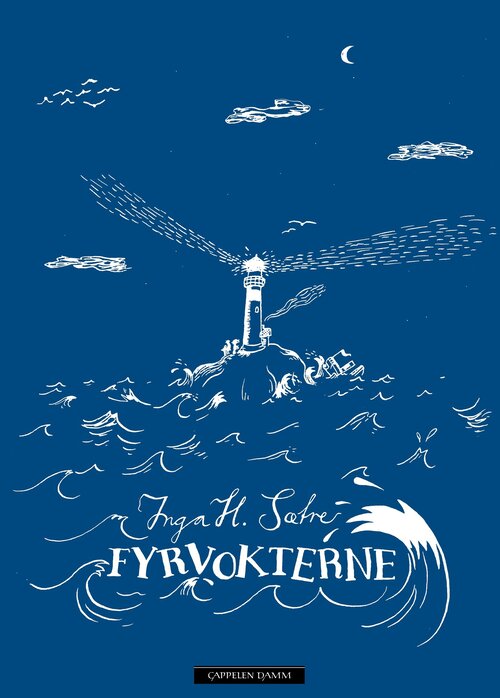 On an island far, far out at sea there lives two women and a sheep. Sølvi and Astrid live on what the current pulls in and what they can harvest from the barren rock. One day, someone knocks on their door. Outside there is a man with neat hair and a huge suitcase. He is willing to sell them the contents of the suitcase in exchange for the island – something that he thinks is a bad deal for him, but of course they could always rent the island from him...

Astrid and Sølvi have always been content, but now opportunity is knocking, and someone will have to leave the island.
The Lighthouse Keepers is a story about salty sea, friendship and what you need to have enough. 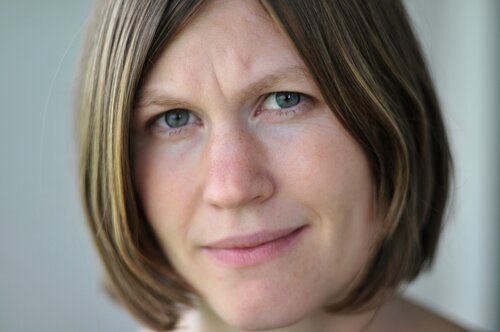 Inga Sætre (b. 1978) is an animator and attends Oslo National Academy of the Arts. Sætre is well known for the comic series Møkkajentene. In 2011, her graphic novel Fall Technique (Fallteknikk) was awarded both the Brage Prize and the Norwegian Department of Culture’s Literary Prize for best cartoon. The book was also nominated for the Nordic Council Children and Young People’s Literature Prize 2012.