A Nose for Everything. Dogs – Man’s Handiest Friend 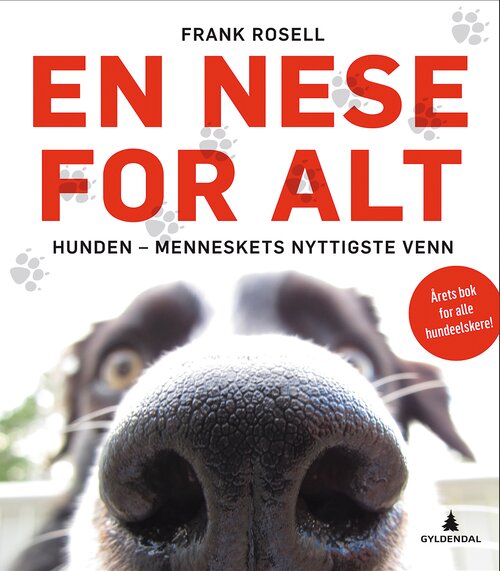 This is the ultimate book about dogs and their sense of smell.

Being a highly able pen, a fount of knowledge and a man of great passion, Frank Rosell has written the ultimate book about dogs and their sense of smell, for a general audience.
A dog’s nose is somewhere between 100,000 and a hundred million times as sensitive as ours. That is what makes this four-legged creature man’s handiest friend. Some dogs protect us from criminals, smugglers and terrorists. Others sniff their way to missing people, flush mountain grouse or detect various forms of cancer at a very early stage.
Rosell writes about the beaver dog team Mie and Tapas, the killer whale excrement dog Tucker, the rutting dog Elvis and many more. He tells us why dogs aim for the groin when they meet a stranger, how the genetic make-up of a dog is 99.6% wolf and why felons who feel tempted to flee through water ought to refrain from doing so. This is the perfect gift book for every dog lover!

Frank Rosell (b. 1969) is a professor of behavioural studies at Telemark University College. When he has twelve years old, he got his first dog, a Shetland sheepdog named Tinka. That was the beginning of a lifelong fascination for dogs and their olfactory capabilities.