Magnus Carlsen and the Game of Chess 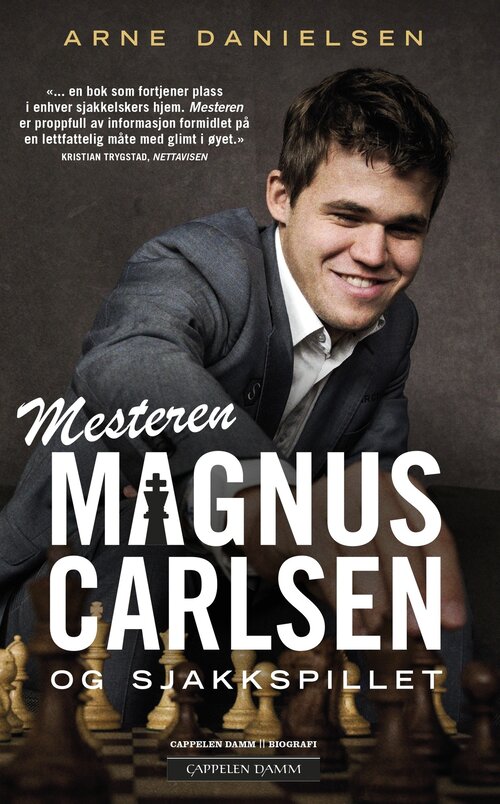 Magnus Carlsen is only twentythree years old, but nonetheless, of all 21st century Norwegians, he has advanced to the most important position in a sport. On the 1st January 2010, he rose to the top of the world rankings in chess as the youngest player in recorded history. This book describes his journey to the top, without detailed accounts or diagrams of games. Instead, the readers are invited to follow Magnus Carlsen's remarkable career and given some understanding of his almost incomprehensible feat.

Danielsen is an excellent communicator, who tells Carlsen’s story in a humorous and agreeable style. What is most impressive is his ability to recreate the excitement of the chessboard without using chess notation. This book is highly recommended.’

Arne Danielsen (1955–) published his first book Åttenderaden in 2002. In more recent years, he has been working as a freelance journalist and photographer; his previous jobs have included tram driving and magazine editing. Much of his free time is spent instructing children in chess.