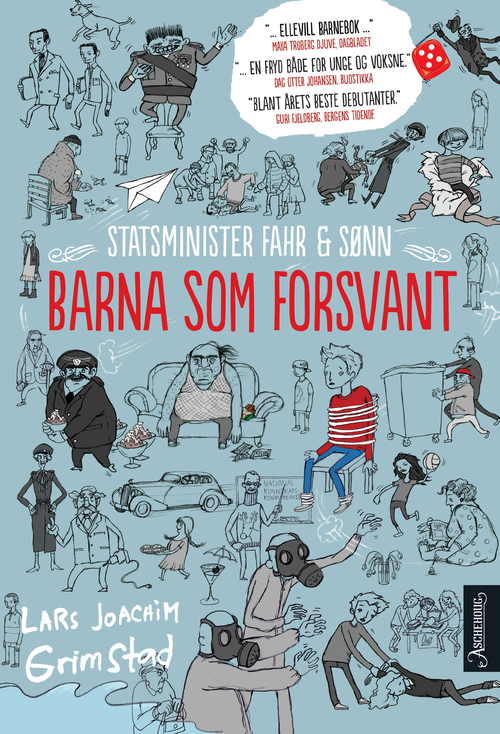 This is not the story about Teddy Fathar, the taxi driver who decides to become Norway's new prime minister because he thinks there are far too many holes in the road and far too few potato chips in the potato chips bags. This is the story about his son, Finn, and the children who disappear.
When Teddy becomes Prime Minister, Finn's life is turned upside down. And when he finally has moved into the Prime Minister's Residence, started going to a new school, been given a new brother with a speech impediment (Kimmelim, a gift from the dictator of North Boresia) and gained a new friend (Sunniva, a merciless dodgeballer), mysterious and unpleasant things start to happen.
Prime Minister Fathar & Son - The Children Who Disappeared is a funny, exciting and crazy story that no one really can relate to (unless your father is a former taxi driver who becomes Prime Minister). Prime Minister Fathar and Son - The Sun King is a stand-alone sequel, embarking on a journey where enemies and dangers lurk around every corner. What would happen if the North Sea was drained of oil and Norway suddenly found itself dirt-poor, and your dad was the one who got blamed for it all?

Lars Joachim Grimstad (b. 1972) once dreamed of becoming prime minister, but came no closer than getting a Bachelor of Arts in Political Science. He has played 69 soccer games in the Norwegian Premier League, and is currently working as a copywriter in an advertising agency.