What would happen if the North Sea was drained of oil and Norway suddenly found itself dirt-poor? The result would be a country where all the cars were rendered immobile, schools were closed down and no one could afford the newest video games. A country where the population was forced to hunt crows to put food on the table. And what would it be like if your dad was the one who got blamed for it all?

Prime minster Fathar and Son: The Sun King is about embarking on a journey where enemies and dangers lurk around every corner. It is also about spoiled Norwegians, Swedish moose-hunters, old Neanderthals and crazy prime ministers, and about the fact that one should be very sceptical of grown men who spend way too much time in the sunbed at the tanning salon. 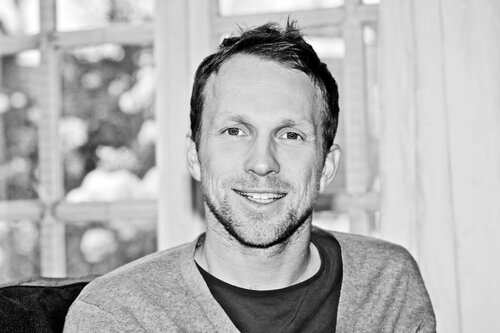 Lars Joachim Grimstad once dreamed of becoming prime minister, but came no closer than getting a Bachelor of Arts in Political Science. He has played 69 soccer games in the Norwegian Premier League, and is currently working as a copywriter in an advertising agency.
Prime Minister Fathar & Son – The Children Who Disappeared was his first book.