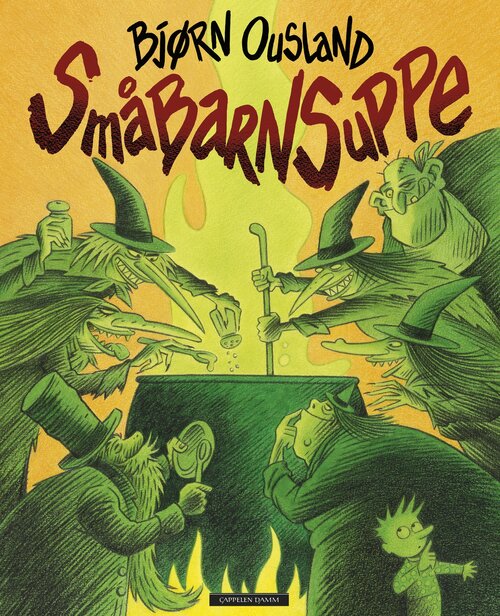 Something mysterious is going on in the little town. Children are disappearing overnight and no parent can feel secure. What's going to happen to the children? So Tiny and his sister's parents take extra care when they kiss them goodnight. But then some shadows appear in the room.
Tiny Tot Soup is a modern The Witches (Roald Dahl). Children simply disappear, kidnapped by witches and wizards planning to cook them into soup in a witches' cave deep in a volcano.
Tiny realises what is going to happen when the kidnappers come during the night. He hides in a witch's pocket and they fly out into the night on her broomstick. What does he have to do to save all the children from being cooked into soup?

Bjørn Ousland has written a rather creepy but very exciting picture book which draws young readers into the rescue mission. 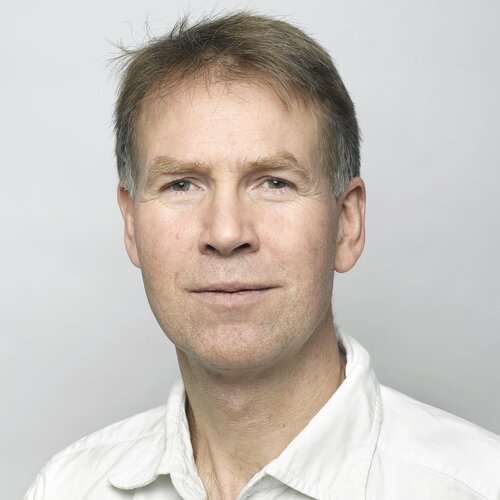 Bjørn Ousland (b. 1959) is a cartoonist, illustrator and author of children's books.
He has received several awards for his illustrations and cartoons, and his lines are filled with humour.