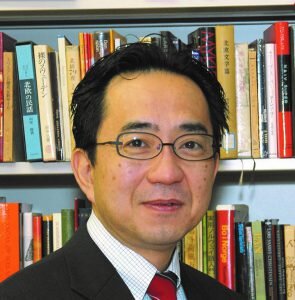 Nobuyoshi Mori is first and foremost is a language teacher and author of books and articles about languages. He translates from Scandinavian languages into Japanese when the opportunity presents itself.

He earned a bachelor’s degree in Russian from Tokyo University of Foreign Studies and later a master’s degree in German at the same university. In the period 1983-85 he studied Norwegian at the University of Oslo and since returning to Japan he has worked as a language teacher – and since 2006 as a professor. He has also taught German and Scandinavian languages (mainly Norwegian and Icelandic) at various universities and language schools.
In March 2019 he retired, but still teaches Scandinavian languages part-time.
He is now responsible for teaching Norwegian at the Japanese Ministry of Foreign Affairs to future diplomats who are to be stationed in Norway.

Translation of script for the stage: Edvard Munch, Hjerteblod, 命の血, 2013.