Jon Fosse
The Other Name. Septology I - II

Jon Fosse has completed a 1250 page prose work: Septology.
The Other Name will be launched this October at the Frankfurt Book Fair, shortly after Fosse’s 60th birthday. The work as a whole is called Septology and the seven parts are being published in three volumes: The Other Name; I is Someone Else (parts III-V, 2020), and A New Name (parts VI-VII, 2021)

The main character and first-person narrator of Septology, Asle, is a painter and widower who lives in the house in Dylgja where he used to live with his wife Ales. He is now alone; almost the only people he still sees are his neighbor, Åsleik—an old-fashioned country fisherman—and his gallerist, Beyer, who lives in the city of Bjørgvin, a couple of hours’ drive to the south.

Another Asle, also a painter, lives in Bjørgvin, and he and the narrator are doppelgangers, in a way, or perhaps two versions of the same person, the same life. The one who married Ales also became religious, and quit drinking, and became a successful painter; the other is on a harder path. It is a central event of Fosse’s fictional universe when they meet. The action of the novel takes place during Advent, shortly before Christmas, with the lives of the two Asles told both in flashback and in the present.

Septology is about the nature of art, and God; about alcoholism and the passage of time. Like so much of Fosse’s work, it treats of love, of death, of the sea.

With Septology I-II, Jon Fosse has written a masterwork. Upon finishing it, one feels one has witnessed a monumental event, I think that the publication in 2019 will be a literary sensation. I would recommend this book to absolutely everyone.

...a strange mystical moebius strip of a novel, in which an artist struggles with faith and loneliness, and watches himself, or versions of himself, fall away into the lower depths. The social world seems distant and foggy in this profound, existential narrative ... 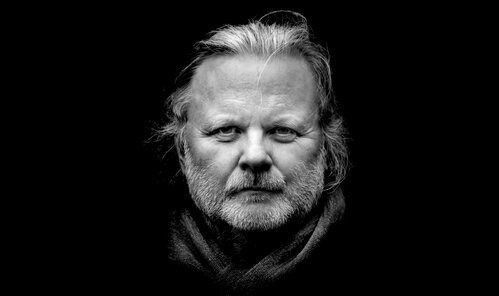 Longlisted to The Booker International Prize 2020