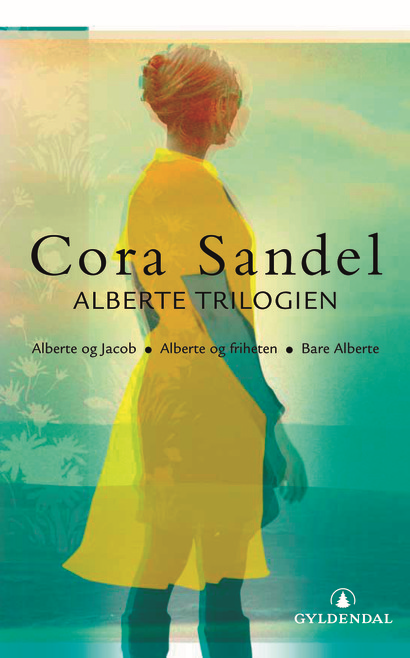 «In the far north of Norway in the early 20th century, Alberta Selmer and her younger brother Jacob grow up in the shadow of their parents' stifled anger and silent resentments. Alberta, as emotionally frozen as the arctic landscape, is desperate to escape the provincial proprieties that choke her, while her mother makes no attempt to conceal her disappointment at her daughter's social failings. When Jacob escapes to a life at sea, Alberta's rebellion, though muted and ineffectual, begins to grow. The first part of a trilogy, the novel appeared in English in 1962.»
The Guardian 1000 Novels Everyone Must Read

Cora Sandel was born Sara Fabricius in Oslo in 1880. After a difficult childhood in the northern Norwegian town of Tromsø, she wrote the semi-autobiographical Alberta trilogy (of which Alberta and Jacob is the first part). These novels earned her an immediate place in the Scandinavian canon, but it was not until the 1960s that Sandel, now living as a recluse in Sweden, was discovered by the English-speaking world. Her books were acclaimed in the mainstream press, and feminist critics reinvented her as a champion of women’s emancipation. She wrote many other novels and short stories and was awarded a State Pension for artists by Norway. She died in 1974.