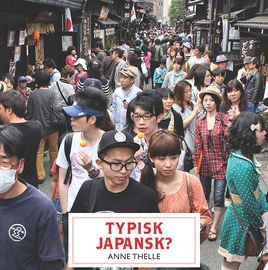 Typically Japanese – sushi, Pokemon or animation films?
Yes, but there’s so many other things too! In this book we get to know more about Japan today as we travel throughout the long country.
We meet young Japanese people who talk about their Japan: a girl who finally dares to use her own Korean name, a young man who will take over his father’s Buddhist temple in Kyoto, someone who spends all their free time at revision classes so they can get into their dream school, a young Ainu man, who describes what it is like to be different in Japan. On our journey, we explore remnants of the Samurai culture, we hear about the lives of geishas, we learn about cosplay culture and are given a snapshot of Japan’s place in the history of the Second World War. And much, much more.
The book is illustrated with photographs.
Suitable for readers over age 13. 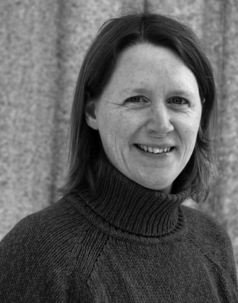 Anne Thelle grew up in Japan. She is a philologist and has a doctorate in Japanese literature. She has previously published three books about Japan: Japan –Origins of the Sun (2000), Anime – what is it? (2009) and Bombs over Hiroshima and Nagasaki (2013).
Both Japan – Origins of the Sun and Bombs over Hiroshima and Nagasaki (2013) won the Ministry of Culture’s prize for the best YA and children’s non-fiction book, and Anime – what is it? (2009) was nominated for the same prize.