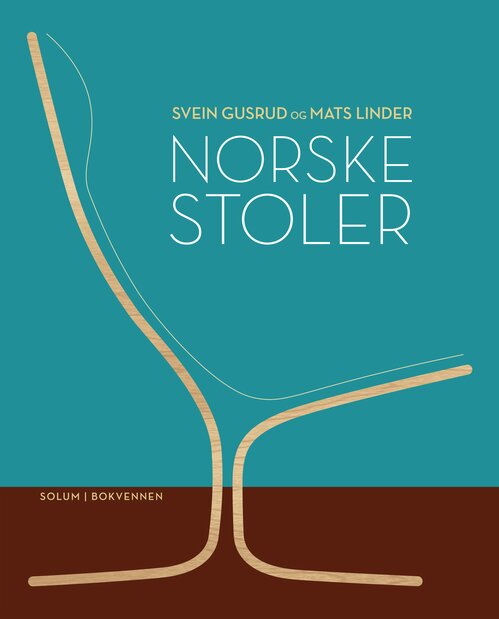 The chair’s functionality and purpose has remained unaltered for thousands of years, while its shape and design is in constant development. Changes, both within society, and in the way we as members of society interact with each other, are important factors taken into account by furniture designers.

The Norwegian Furniture Design Industry is young – with its first generation furniture designers graduating shortly after the second world war; most of them have by now retired and given way to a new generation of designers. New generations of consumers, students and designers, however, have been offered scarce information regarding the work and experiences of their predecessors.

For the first time, the reader is presented with a comprehensive overview of the history of Norwegian Design. Norwegian Chairs distinctly displays, by way of more than three hundred pictures and text following a timeline from decade to decade, the qualitative width of Norwegian Furniture Design. It provides the reader with valuable insight into different shapes, ways of manufacturing and production – and to designs that are both manifestations of individual creativity and inspired by current events.

Svein Gusrud (1944 -) is a professor and Interior Architect. He taught Furniture Design at SHKS/KHiO from 1979 to 2011, and has been a visiting professor in London, Helsinki, Paris and Ljubljana. He has received The Norwegian Design Council's annual Award for Design Excellence five times, and his furniture is procured by every Norwegian Art Industry Museum, as well as by museums in USA, England and Japan.

Mats Linder (1970 -) is an artist and a freelance writer. He has initiated and curated major Art exhibitions, among others Norwegian Icons, to which he wrote the exhibition catalog. Linder has been dedicated to mapping Norwegian Design History for more than fifteen years, and often serves as an important professional resource for museums, researchers and auctioneers.